Updates on the 8th of March have occurred in both 2011 and 2012. There were many updates, most being puffle related!

In 2011 there were several updates. The first update was noticed when logging in, as there were four new puffle related login screens. The login screens advertised the pink, green, black, and yellow puffles, saying “Adopt your perfect pet today”. 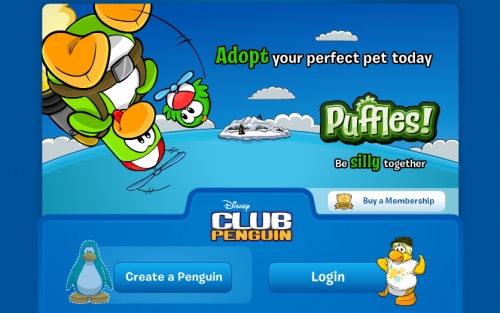 The second update was the puffle interaction feature we have today, where you click your puffle, a thing of buttons pops up with many different options. Previously puffles had a playercard just like penguins, and on that playercard were a few buttons to bathe them, walk them, etc. Puffle hats were not a part of the puffle interaction feature until they were released in late 2011.

Also on this day in 2011 the Pet Shop was redesigned to what it currently looks like. The Puffle Furniture catalogue was also updated with new items such as puffle food. The puffle adoption system was also revamped. Previously it was just a catalogue and you’d select which puffle you wanted to adopt.

Just like in 2011, 2012 also had many updates, mostly puffle related. The Puffle Party construction began, with a box for the designated puffle colour being placed at the Iceberg, Mountain, Cove, Forest, Pool, Dance Club, Dance Lounge, Lighthouse, and Lighthouse Beacon.

The furniture catalogue for the month was also released. The main theme of the new items was, of course, puffles. 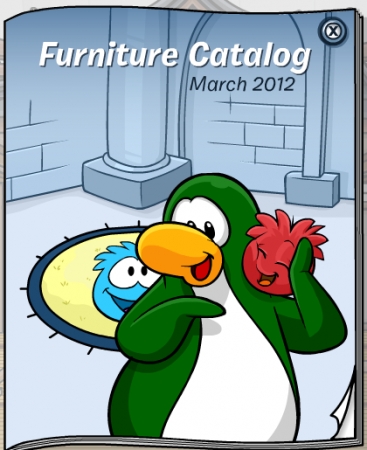 The other few updates on the 8th of March in 2012 were the 72nd Field Op being released at the Mountain, the Puffle Furniture Catalogue being updated with a few new food and hats, and the Book Room fan art was also updated.

In addition to all of that, the Puffle Launch app for iOS was updated to version 1.3 with 12 new levels and also some bug fixes. Finally, a new issue of the Club Penguin Magazine issue was released in the United Kingdom.