The Pet Shop was already in the Plaza when it opened, although you could not go in this room right away. This room was open to the public on March 17th, 2006. Here you can adopt Puffles, the pet on Club Penguin, or get furniture for it if you are a member to display in your igloo. In the beginning of March 2011 the Pet Shop was redesigned, also featuring a new way to interact with Puffles. Puffle Launch was also added. In late May 2011 Puffles were added to the tubes. On October 28, 2011 construction for the game Pufflescape was begun. The game was released on November 3, 2011. 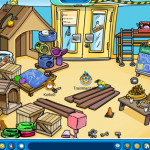 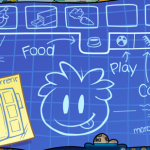 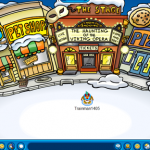 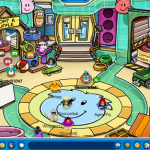 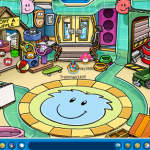 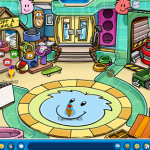 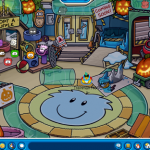 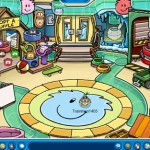