Like usual, I already know a lot about the Medieval Party and have posted it on Club Penguin Memories throughout the past month or two. Here is a collection of everything that’s known at this party, between Club Penguin’s files or their YouTube video they uploaded last Friday, back on May 11th.

First I will start with the seven clues by Club Penguin (from Scorn the Dragon King) and their video.

The first clue from Scorn is from the Town: 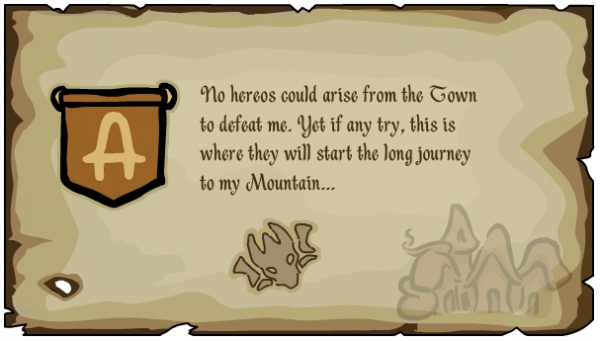 The second Clue is from the Ski Village. A Royal Kingdom.

No heroes could arise from the Town to defeat me. Yet if any try, this is where they will start the long journey to my Mountain…

This Royal Kingdom was once prosperous – but easily ruined. If heroes rise from here again, I will crush them with no mercy…

The Dock is Fairy Forest. This is the third clue. 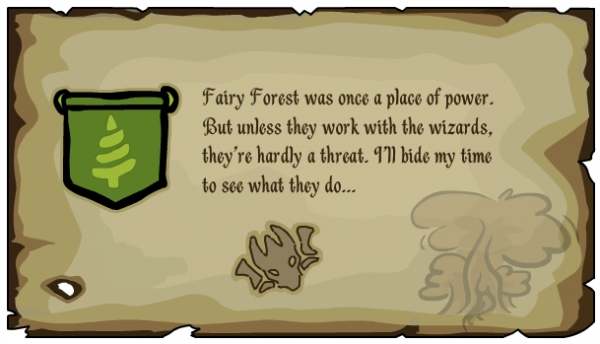 Fairy Forest was once a place of power. But unless they work with the wizards, they’re hardly a threat. I’ll bide my time to see what they doo…

Mushroom Kingdom is the Beach. This is the fourth clue. 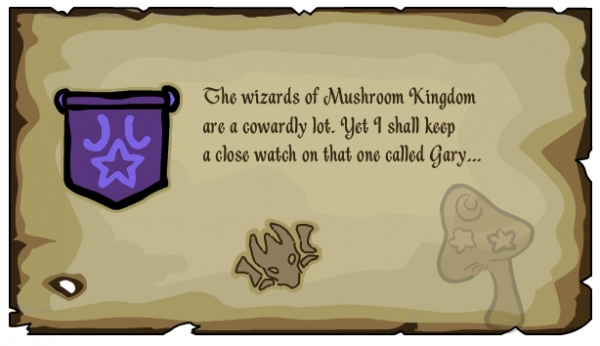 The wizards of Mushroom Kingdom are a cowardly lot. Yet 9 shall keep a close watch on that one called Gary…

Dragon Peak is the Mountain. This is the fifth clue. 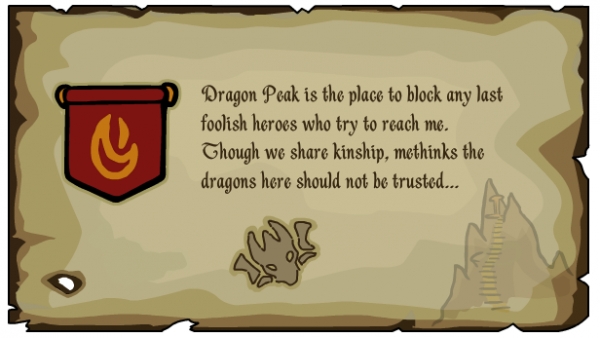 Dragon Peak is the place to block any last foolish heroes who try to reach me. Though we share kinship, methinks the dragons here should not be trusted… 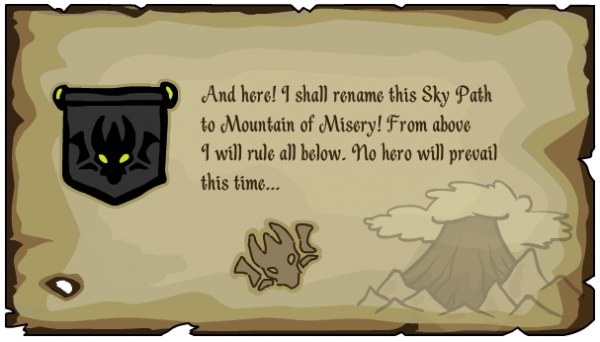 And here! I shall rename this Sky Path to Mountain of Misery! From above I will rule all below. No hero will prevail this time…

And finally, you are at the Kingdom of Heaven. This is the seventh clue. 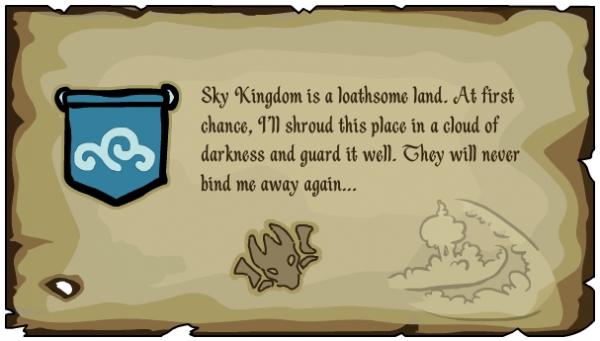 Sky Kingdom is a loatsome land. At first chance, I’ll shroud this place in a cloud of darkness and guard it well. They will never bind me away again…

Here are the rooms shown in that video: 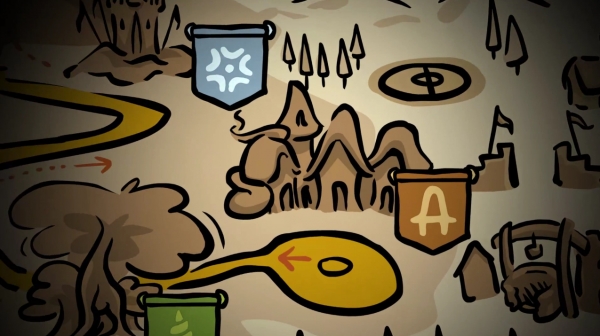 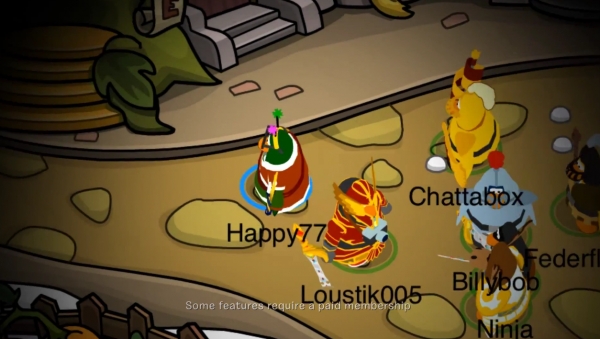 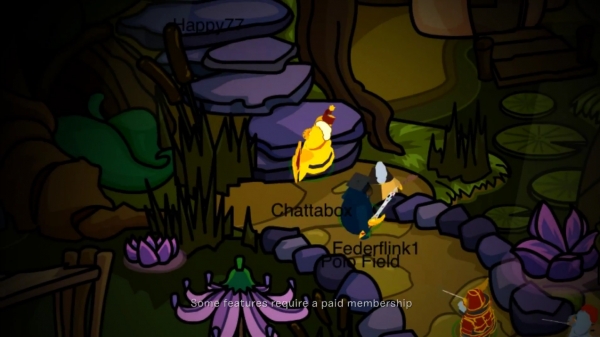 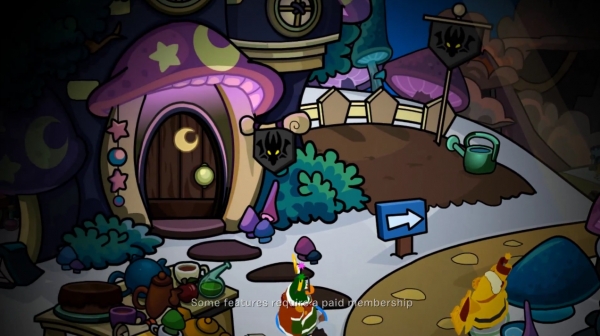 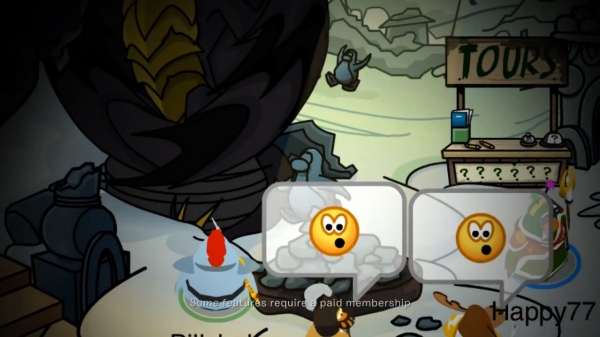 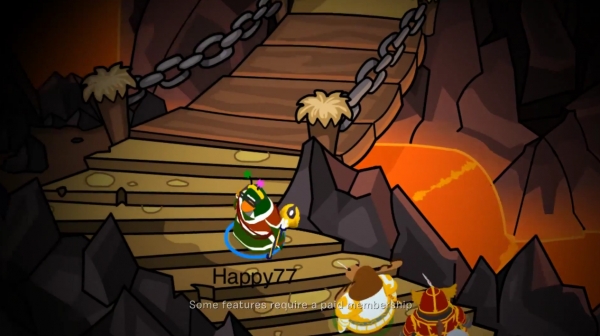 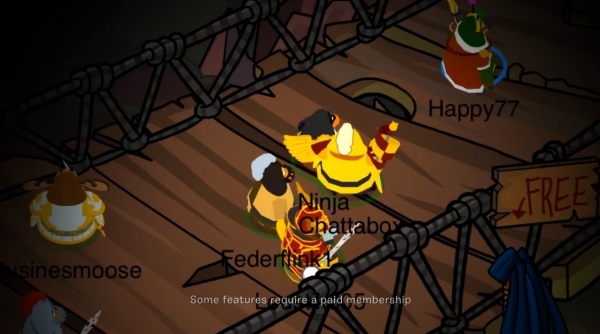 Clicking on Scorn at the end of the video brings up this quick video.

I’ll talk about the items in the video a little bit later into this post.

We were also given a sneak peek of what is probably the Lighthouse on the Club Penguin Blog not too long ago, in the reviewed by you post. This is apparently where Gary will be spending lots of time.

You can also get a general idea about what rooms will look like based on the room construction.

Miscellaneous artwork from Club Penguin related to the party includes things from their login screens, log off screens, and parent update. 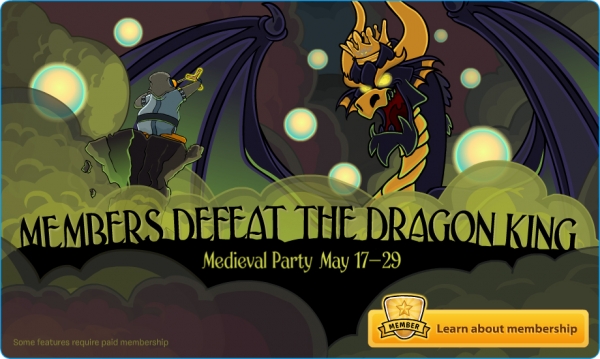 This login screen was added two weeks ago. 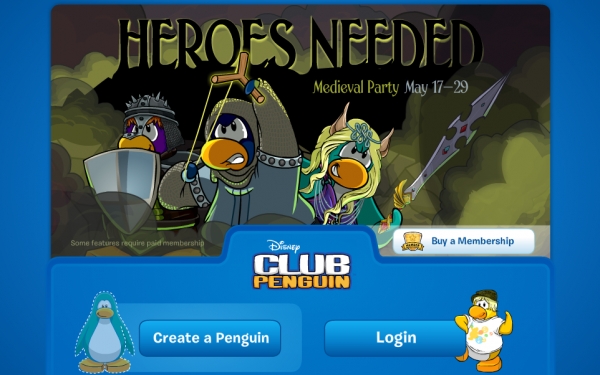 There is the bit of information from their parent update for this month. 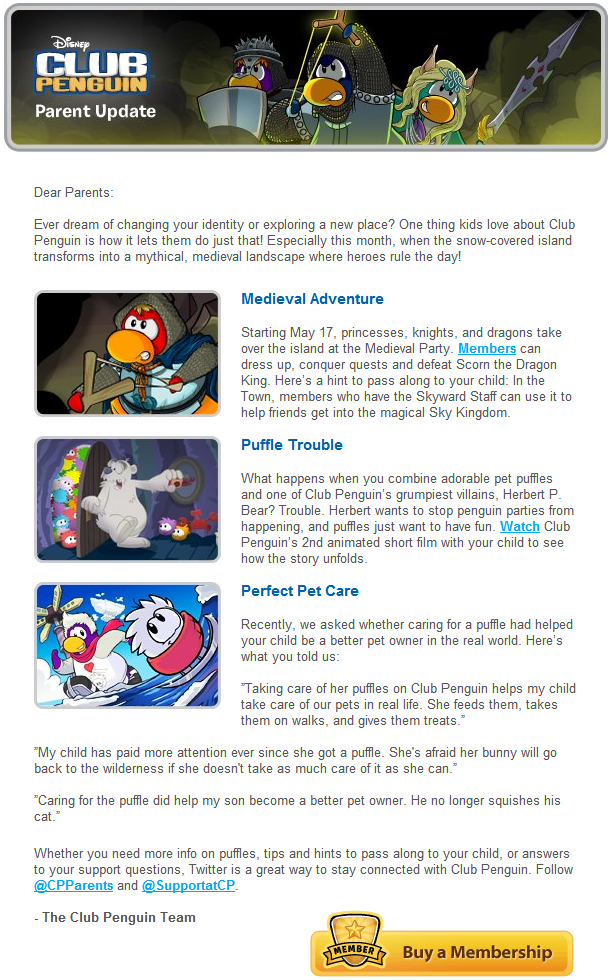 There is the stuff from their membership page: 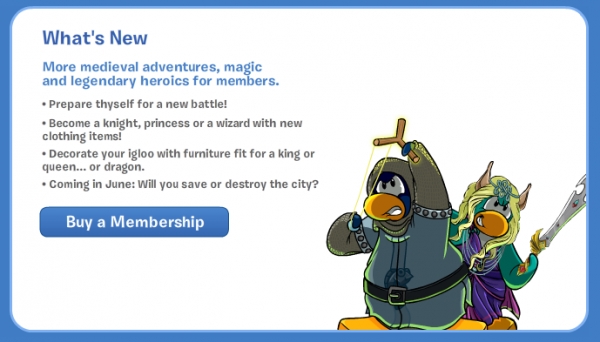 I’ve got this image of the Town during the Medieval Party. Click it for the full sized image. It’s from Disney’s Australian website. 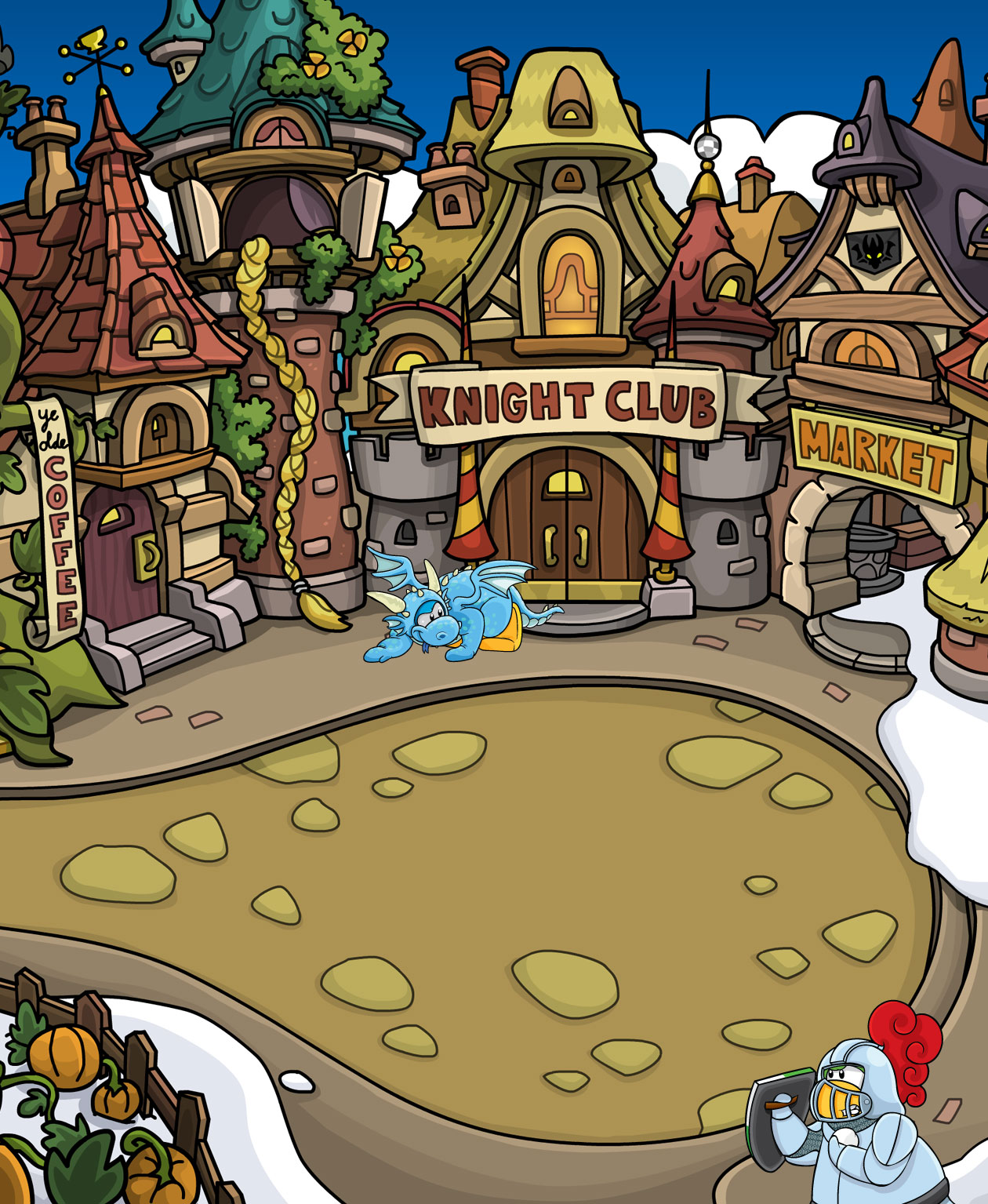 This is the sketch of the Beach from their Party Rooms video. 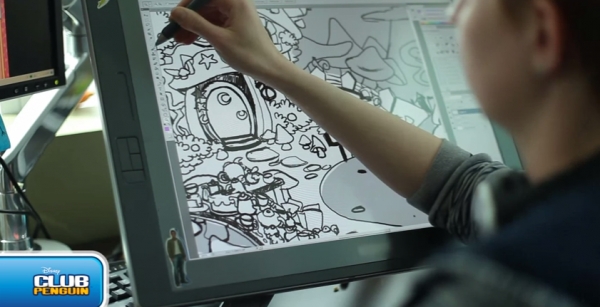 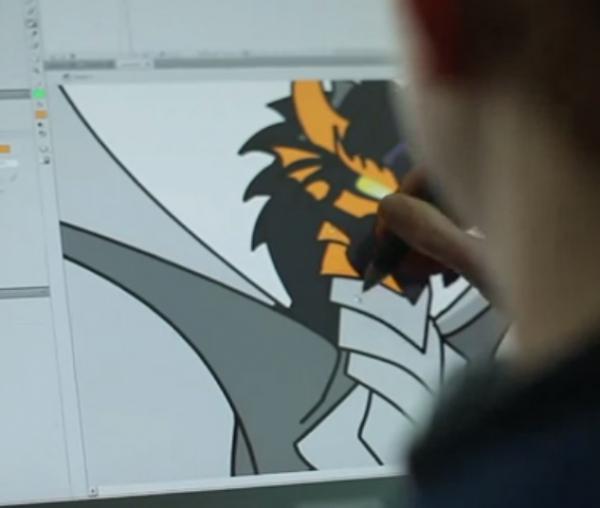 Before I talk about all the new items and returning items (to my knowledge) at this party, Gary will be on the island! Here is a picture of his new background. (bottom right) 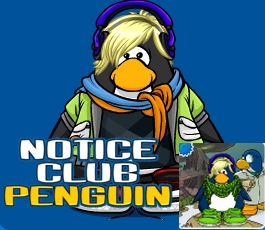 Item wise, the new pin tomorrow will be the Scorn Crest. For members, there will be an exclusive Crown of the Dragon King Pin. Businesmoose has these pins already, even though their artwork is not showing. 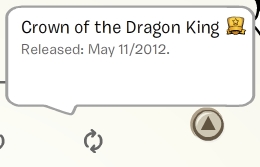 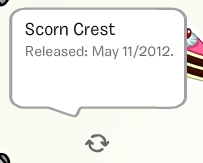 The Knight Armor (Knight Costume) and Iron Armor are returning. The Iron Armor is free. The Knight Costume costs 600 coins. I think it’s safe to assume the Toothbrush Pin, Treasure, (furniture item) and all the other items from the three Knight’s Quests will be returning. I do not know if the Purple Wizard Hat, Wizard Hat, Squire Tunic, or any of the items in the previous Medieval Catalogues (such as the Purple Dragon Costume or Tabards) are returning. Since some of the penguins in Club Penguin’s video are wearing items like the Squire Tunic and Golden Knight Armor I definitely think they will be returning. I’m sure there will be another medieval catalogue this though, based on what you’re going to read about the unreleased items below. (some have prices) You can always see my post about last year’s party here.

New items besides the two pins and Gary’s background include:

The Skyward Staff may or may not be the sword we are all seeing.

Here is the Battle Cape:

Will the orb be an item at all, or is it just something in the game but not to actually wear/hold in your inventory?

It was also pointed out to me by Shadow that it looks like Chattabox, one of the Club Penguin Staff members in the video, is wearing the Shade Sandals, a Shadow Ninja item. What do you think? Is it these, or a similar looking item? (check out this post for a picture, and this post for a picture of Happy77 wearing it on her playercard)

You can check out previous Medieval Parties on the following pages: