The 2011 Medieval Party is on Club Penguin! Here is a complete guide on the party:

At this time there is only one free item for nonmembers. It’s an all new Purple Wizard Hat! To get it, go to the Lighthouse. 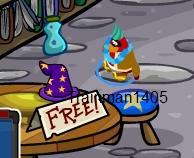 The 2011 Medieval Catalog is located at the Gift Shop. It looks like at some point soon they’ll be updating it… 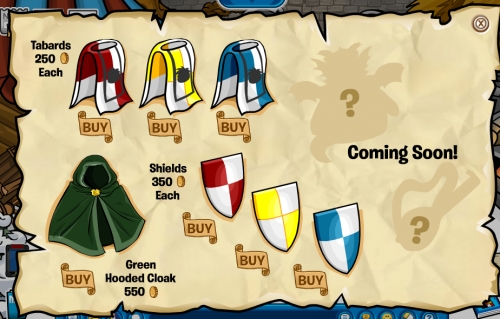 The items you can buy are:

There’s also a hidden item! Click the Black Puffle on the Red Tabard for the Torc. It costs 200 coins. 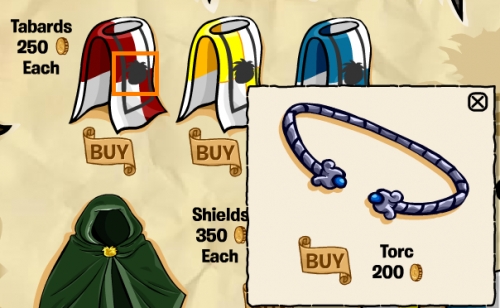 First of all, head to the Cave for the Knight’s Quests. 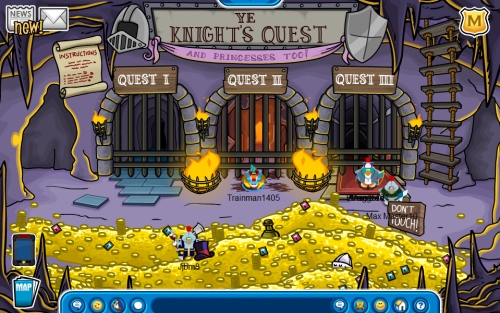 The first Knight’s Quest is a repeat. In the first room, stand on the five platforms and light up all the orbs. 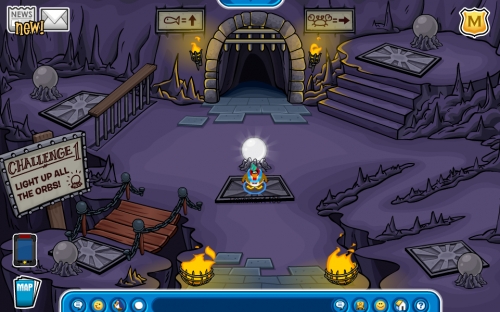 In the second room hit 50 targets. Be sure to pick up the free item! 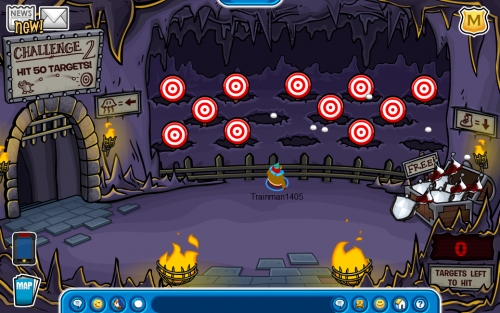 In the final rooms it’s a maze. Be sure to pick up the other free item! The answers to the maze are: 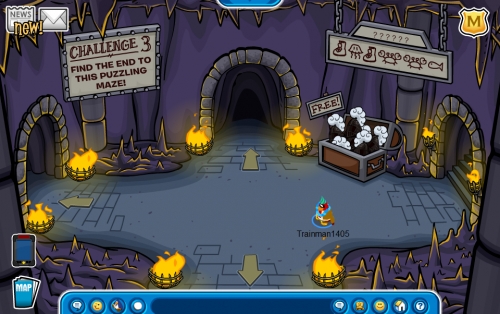 After you finish the maze you’ll be brought into the final room. Pick up your final armor piece! 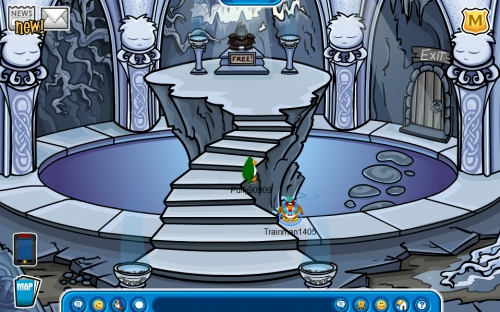 The second quest, like the first one, is the same. In the first room, throw snowballs on the four torches to extinguish the fire. 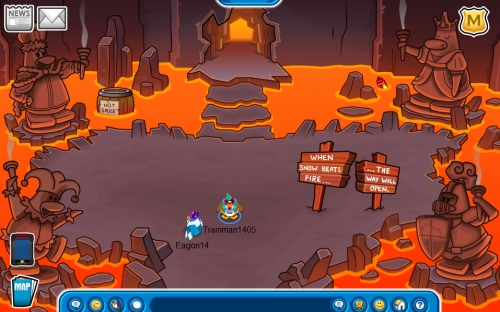 In the second room slide the key around until it hits the lock. 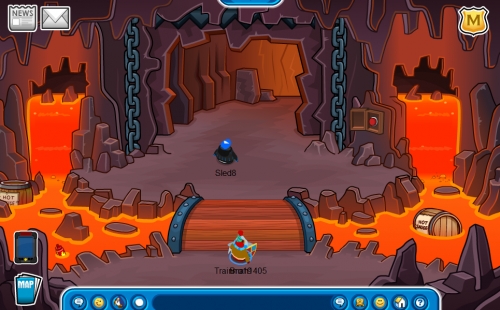 In the next room, pick up the Noble Horse item. 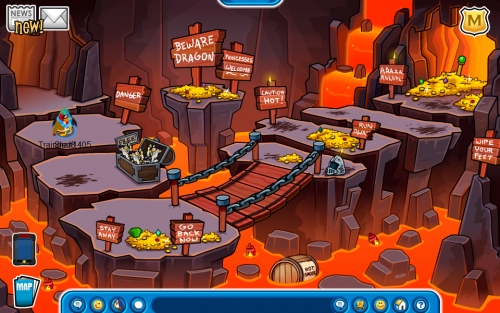 In the final quest room fill up the barrel by throwing snowballs. Use the cannon to hit the dragon with water. 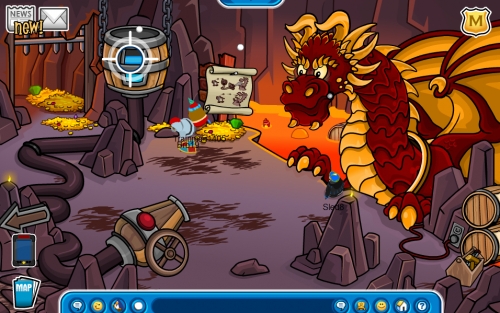 After that, you’re in the final room! Pick up the free Toothbrush pin! 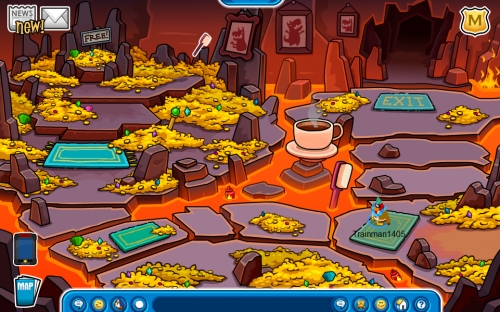 Welcome to the all new Knight’s Quest!! In the first room it involves a puzzle. You need to watch the three gems. 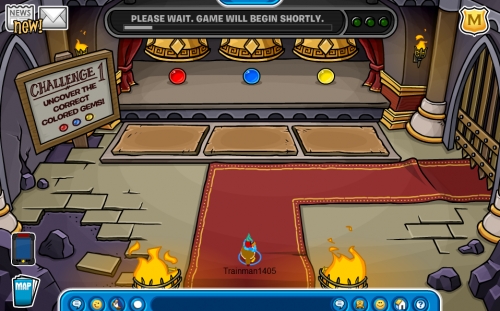 It’ll tell you to find a certain gem. Waddle on the tile you think it which cup it’s under. You need to get it correct three times to move on. 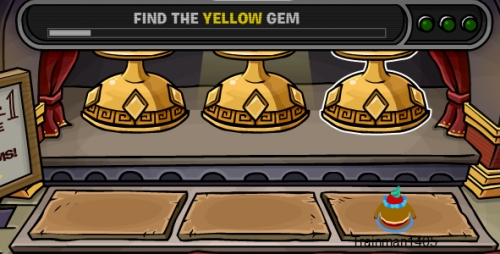 After that, use the buttons to move the gates down. Eventually you’ll be able to access the next room. 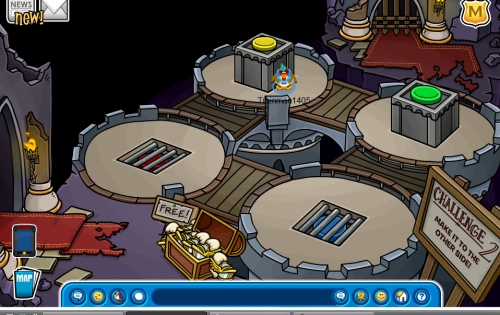 Get the shield in this room… 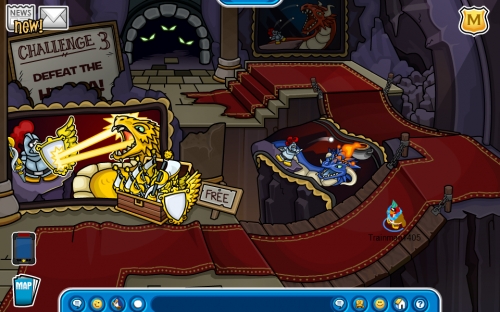 Now for the dragon trio! This can get laggy so feel free to use the buttons on the right! 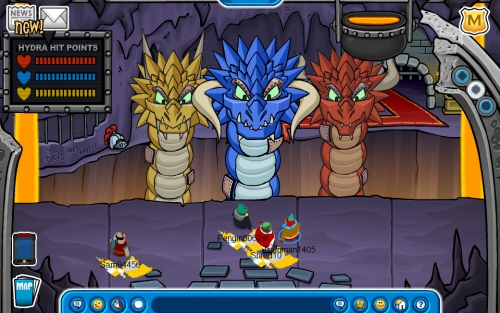 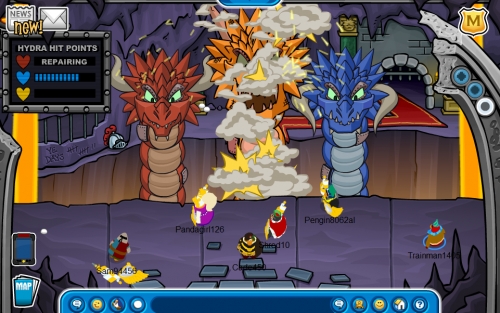 After that, you’ll be able to enter the final room! Pick up the last armor piece. 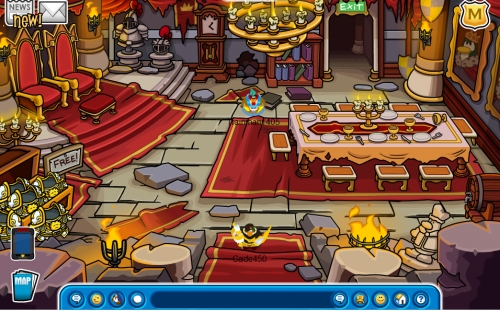