In 2010 there was one update. The Puffle Rescue game, which is located at the Mine, was released. The game has remained untouched ever since aside from bug fixes and the addition of stamps. I personally find the game highly underrated, as it is a lot of fun. 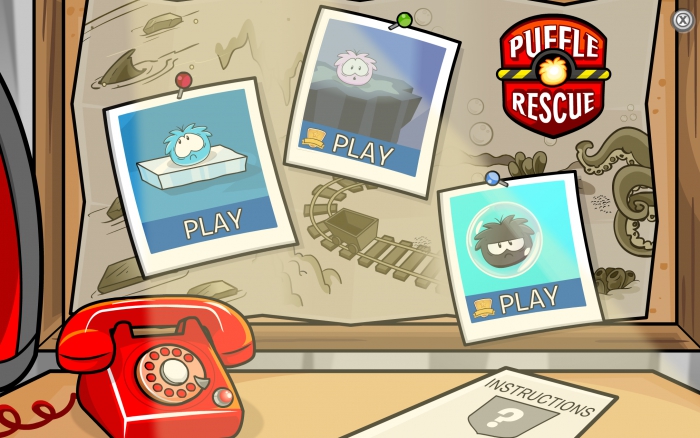 In 2011 another new game was released. Puffle Launch was released at the Pet Shop, and along with it came new stamps that could be unlocked in the game. The mobile version of the game, now unavailable, was released later in the year. Just like Puffle Rescue, the game has remained untouched aside from bug fixes. Have you beat all the levels yet? Back when it was first released I spent hours filming tutorials for YouTube of myself getting a perfect score on all 36 levels without messing up…it was a very difficult task but all my hard work did pay off!

As for 2012, unlike 2010 and 2011 there was not a new game, but rather a the start of that month’s party and a few other updates. The party in March 2102 was a Puffle Party. At the Puffle Party PH, aka the Puffle Handler, visited the island for the first time ever. Members could transform into puffles at this party. It’s also worth noting that there was a few small decorations for St. Patrick’s Day at the Mine Shack, a surprise to all players! 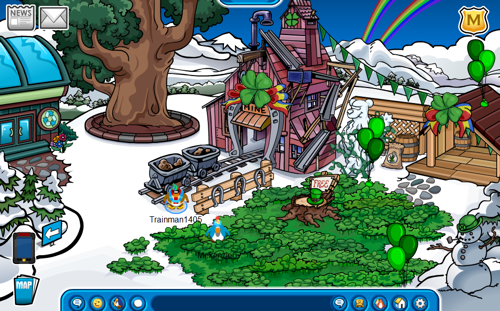 Aside from the party, Quest for the Golden Puffle was re-released at the Stage again, its sixth showing.

The final update in 2012 was the 73rd field op mission being released. It was located at the Dance Lounge, now known as the Arcade, next to the Bits & Bolts game.