On the third of November Club Penguin has updated in 2005, 2006, 2011, and 2014. In 2005 there was only a single update, the now nonexistent Sports Shop room was added to Club Penguin. In 2006 a new clothing catalogue was released. In 2011 there were many updates, with the most notable ones being the release of the Pufflescape game and the launch of Club Penguin in German. In 2014 Club Penguin’s Puffle Wild app was now available in Australia and New Zealand.

In 2005 the Sports Shop room was added to the game. Although no longer available, it existed where the Everyday Phoning Facility currently resides. The Spots Shop contained a secret entrance to the EPF HQ. From the launch of this room up until September 2007 it contained the same catalogue as the Gift Shop/Clothes Shop, the Penguin Style. 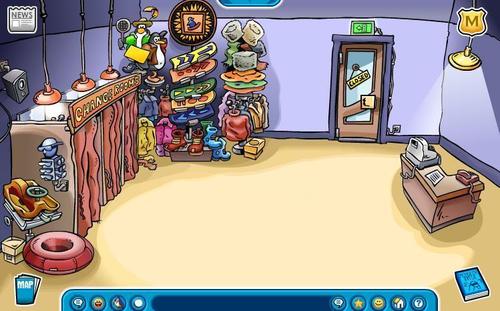 In 2006 a new clothing catalogue was released. I actually remember this day quite well. I rode the bus home with a friend so we could hang out at his house. We hung outside for a while, then once I got home I logged on to Club Penguin so I could check out the new clothing catalogue and buy the items. I remember wondering all day as to what was added. Fun times! November 2006’s Penguin Style theme was winter wear. Some of the new items were the Parka, Snowshoes, Ski Goggles, and Pink Duffle Coat. On a side note, before this catalogue was released some pictures of the new items were leaked. 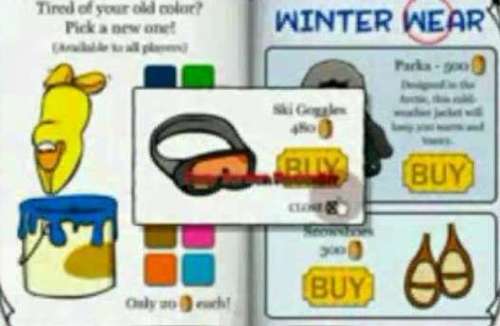 In 2011 there were many updates. For starters, in the newspaper the Halloween Igloo Decorating Contest winners for that year were announced. There as also a new field op, the 54th one. For this mission you had to go to the Mine next to the Puffle Rescue game. In the mino-game to complete the mission you had to enter x and y coordinates to destroy the targets.

Another update in 2011 was a new pin, the Hot Sauce Bottle. This pin is Club Penguin’s 184th pin overall and is the third pin to be hidden at the Cave Mine.

There was also a new clothing catalogue. It contained many new Card-Jitsu/Ninja related items, as the party that month was the Card-Jitsu Party. 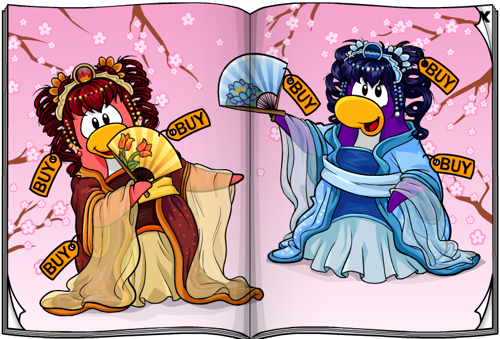 There was also a brand new game released. Pufflescape was released in the Pet Shop alongside eleven stamps you can unlock, with four being for members.

As for Pufflescape, as mentioned above it was the third game to be released inside the Pet Shop. It was released along with eleven stamps you can unlock, with four of them being members only.

Finally, in 2014 Club Penguin soft launched their Puffle Wild iOS app in Australia and New Zealand. This app lasted less than a year before being removed from the app store.