Back in 2006 Club Penguin had their server selection set up differently. There were four areas: United States, Canada, United Kingdom, and Australia. Clicking one of those flags would then bring up a list of servers for that country as they would give you the quickest connection. Although I don’t know the names of the servers added on this day in 2006, I do know that a few new ones were added. 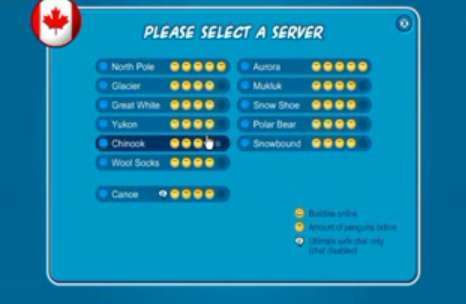 In 2012 there were many updates. The first one was a new clothing catalogue. Spy gear was that month’s theme, which was shadowing Operation: Blackout. 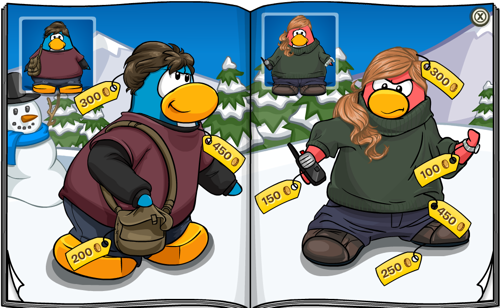 Another big update in 2012 has to do with rooms. The Dance Club, Gift Shop, and Pizza Parlour were given all new designs, the ones you see in Club Penguin today. In addition the Gift Shop was renamed to the Clothes Shop and now music played in the room. Club Penguin also changed the music playing in the Pizza Parlour.

The next update in 2012 was a new pin, the Gariwald Crest Pin. It was hidden at the Recycling Center, a room that no longer exists due to being replaced by the School. This pin is Club Penguin’s 223rd pin overall and is the second pin to be hidden in that room.

Also on this day Ruby and the Ruby made its sixth appearance at the Stage. The only change was a new pin in the safe, the Square Ruby.

Almost done with the 2012 updates! The 106th field op was released. For this mission you had to stay in the EPF Command Room after receiving your orders, go to the computer next to System Defender, then in the mini-game you had to bypass the system which was done by matching your data with the firewall in order to break through.

The final updates in 2012 were the Halloween Igloo Decorating Contest winners being announced in the Club Penguin Times and Club Penguin putting Herbert on their homepage and in new login and logoff screens.

In 2013 there were a few updates. The first one was a new pin, the Scissors Pin, The pin is Club Penguin’s 258th pin overall and is the ninth pin to be hidden at the Forest.

The second and final in-game update was fireworks at the Iceberg, Ski Hill, and Lighthouse Beacon. This is the first time the Beacon had fireworks. They were for the Festival of Lights.

Out of game, on this day in 2013 we were introduced to Floyd by Polo Field in a post on the Club Penguin Blog. This is what the blog post said:

May we introduce you to our pet puffle – Floyd! He enjoys playing my keytar, wearing extremely large sunglasses, and getting his picture taken. 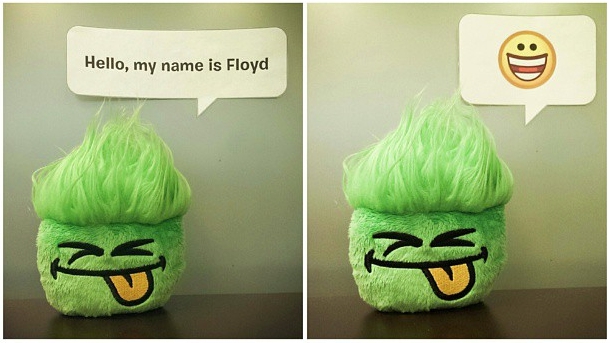 We’ve decided to let YOU choose what Floyd does today! Comment below with an activity you would like to see him doing. We’ll post the picture later today of Floyd doing the chosen activity.