The EPF Command Room was originally for people who bought the Nintendo DS game “Elite Penguin Force” and entered the code. After the PSA was removed from Club Penguin after being destroyed in early 2010 by Herbert P. Bear, it was replaced with the Elite Penguin Force (EPF) and the room was transformed into a room where you can receive weekly Field Op Missions. In November 2012 it was destroyed by Herbert P. Bear. Due to being destroyed by Herbert, construction started on February 28, 2013. 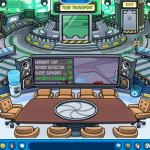 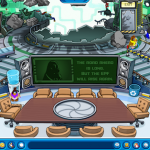 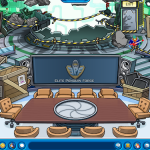 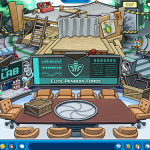