On the 13th of May Club Penguin has only updated in 2011. On this day in 2011 there was a new furniture catalogue, a new igloo catalogue, new igloo music, preparations for that year’s Medieval Party, a new login screen, and the Book Room’s fan art display was updated. 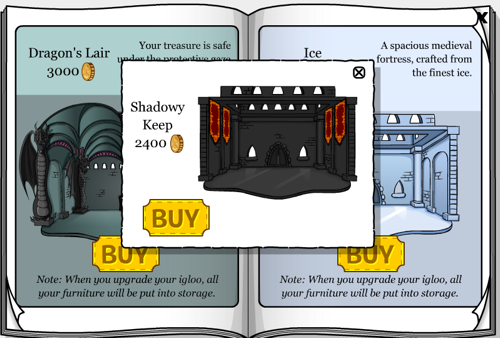 Along with the updated catalogues, the igloo music was updated with some medieval-themed tracks. The new tracks were Beware the Dragon, The Royal Court, To Battle!, and Ice Serenade.

Speaking of medieval, also on this day in 2011 the Medieval Party preparations began. Crates and a few other items were placed at the Plaza, Pool, Snow Forts, Town, Beach, and Ski Village. That wasn’t the only medieval themed update. There was also a new login screen, saying “Prepare thyself for the kingdom’s greatest challenge. May 20 – 29” 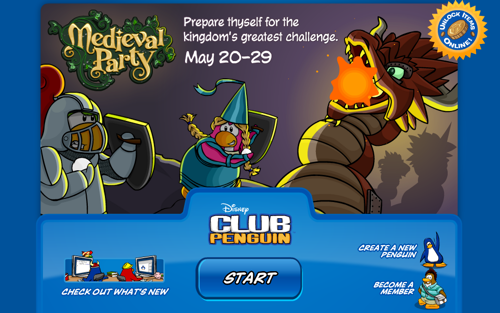 The final update on this day in 2011 was eight new fan art images being put on display in the Book Room.