On the 8th of May Club Penguin has updated in 2009 and 2014, plus in 2015 there was a notable post on Club Penguin’s blog. In 2009 there was a new play at the Stage, a new pin was hidden on the island, and the Medieval Party began. In 2014 there was a new edition of Penguin Style catalogue for the month, the play at the Stage was changed, the postcards were updated, a robot was spotted in the telescope at the Lighthouse Beacon, and last but not least, new login and logoff screens were added.

On May 8, 2009 the Haunting of the Viking Opera play made its debut at the Stage. This play was at the Stage a total of five times before the its demise. In this production, Helga, the protagonist, is in the middle of rehearsing for a play when she hears a ghost. She is then too afraid to continue singing.

Also on this day in 2009 a new pin was hidden on the island, the King’s Crown Pin. It is Club Penguin’s 89th pin overall and is the sixth pin to be hidden at the Boiler Room. To get the pin you had to make it with the Pin Maker 3000, which was done by hovering your mouse over the machine. It would then pour some material into the mold and manufacture the pin. 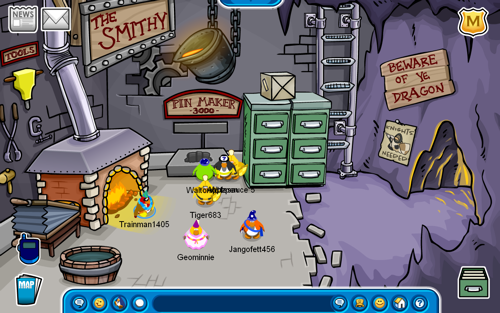 Skipping ahead five years, the biggest update on this day in 2014 was the release of the month’s Penguin Style catalogue. The theme of the new items was outer space and the future, to go along with the upcoming Future Party. 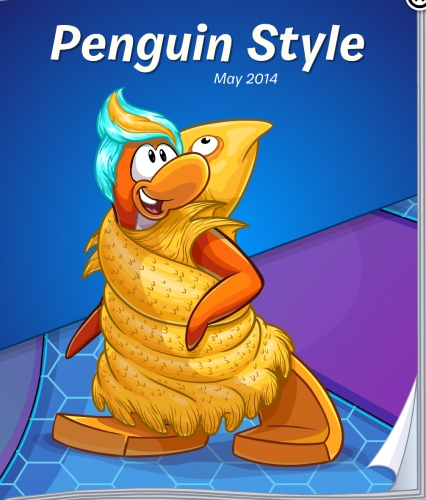 The rest of the updates on this day in 2014 were minor. Space Adventure: Planet Y was at the Stage for a fourth time and the postcard to go along with the play was re-added. Also, a robot was spotted in the telescope at the Lighthouse Beacon, and new login and logoff screens advertising the upcoming Future Party were added to the game.

Finally, on this day in 2015, Megg announced on the Club Penguin Blog that we could submit our ice sculpture drawings for an event in June. Here’s her blog post. Players had until the 18th of May to submit their drawings, as mentioned in the post.

Some of you may remember seeing the amazing ice sculptures from our Festival of Snow parties back in 2007 and 2009. 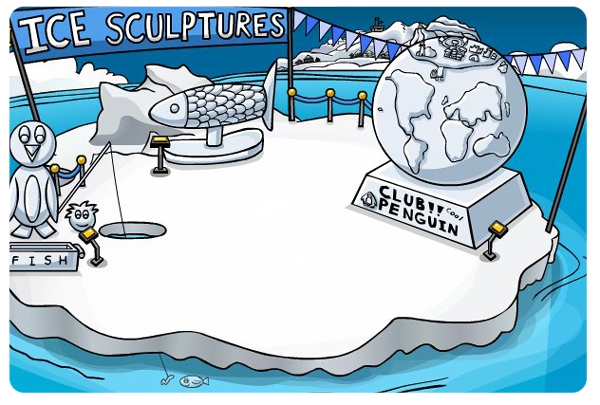 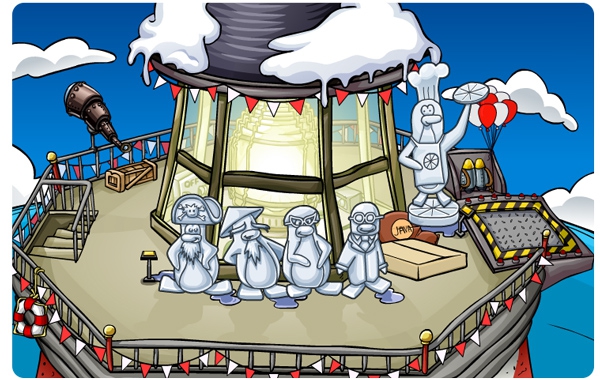 Aren’t they great? The team would like to carve more ice sculptures this coming June and we need all the inspiration we can get! And that’s where all of YOU come in… submit your ice sculpture drawings from now until May 18, 2015 to help inspire our resident ice carvers. www.clubpenguin.com/send.

Feel free to use past year’s sculptures for inspiration or make up all new artwork.