Updates on the 29th of March have happened in a single year so far, 2012. There was a new field op mission and also that year’s April Fool’s Day Party began, which Club Penguin held an igloo decorating contest alongside of.

The field op Club Penguin released on this day in 2012 was the 75th one. It was located in the Candy Dimension, which was one of the special April Fool’s Day Party rooms. The task to complete the mission was to destroy the targets by entering their x and y coordinates. The mission’s orders were pretty wacky, with G instructing the following:

At the April Fool’s Day Party in 2012 boxes were placed all over the island and penguins could access a wide variety of different dimensions. The free item at this party was the Blue Propeller Cap, returning from 2007, and was located at both the Town and the Plaza. 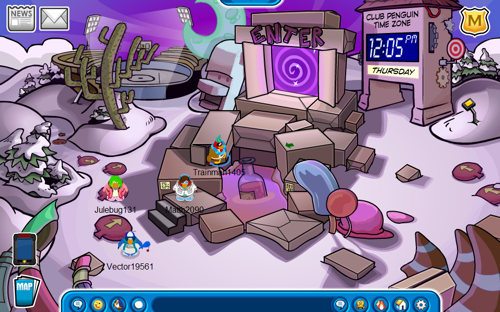 Members could access a special shop in some of the dimension rooms and buy space, cowboy, fairy, and bunny clothing items for their penguin. There was also a free Box Hat, Box Costume, and Box Shoes. When combined, those three items do a special dance.

Rookie’s also sent out an EPF message said the following: 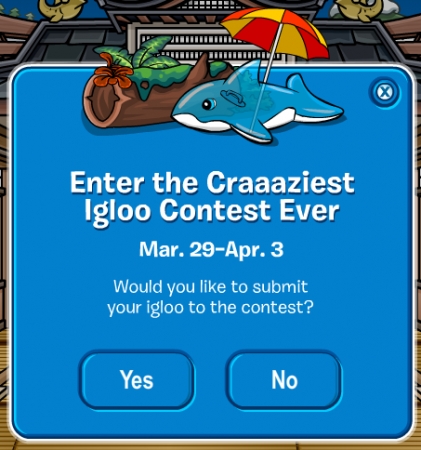 Also, while not an in-game update, it is worth nothing that Club Penguin sent out a new Parent Update newsletter on this day in 2012, too.