The first update in 2007 has to do with puffles. When playing with them they would do new tricks. The second update in 2007 was three books being added to the Book Room’s bookshelf. They were Franky’s First Show, The Spice of Life, and Truth or Dare. 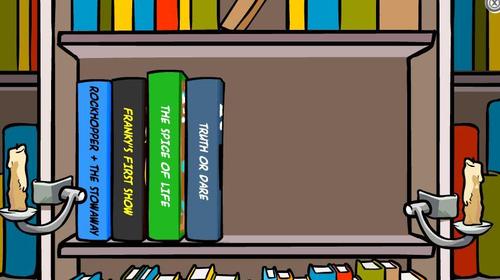 Beginning on this day in 2013, as long as you completed all four tasks at the Puffle Hotel, you could now go to the Cloud Forest and adopt a Rainbow Puffle as long as you’re a member.

In 2014 a new task was available at the Muppets World Tour. You had to go to France, which is what the Beach was decorated as, and make a salad in exchange for some free items. You would earn the Salad Tongs item if you were a member and all players could obtain the Beret item.

In 2015 Polo Field announced some news about their Sled Racer mobile app on the game’s blog.

The rumors are true! Get ready for a whole new level of the Sled Racer app. The team is working on some HUGE new updates that you’ve been asking for.

Here are some of the extreme features we’re adding to the game:

* Power-Ups for Members: You asked, and we listened! The new version of Sled Racer will give paid members the chance to use extreme Power-up items, like the new Toot Blaster ;)

* Leaderboards: For the first time in Club Penguin mini-game history, Sled Racer will have high score leaderboards! Each week, players will compete to get their name to the top of the charts.

Get ready to meet your first opponent:

The new Sled Racer updates will be coming to iPhone, iPad, and… Android devices! Yay!

The Sled Racer app has since been retired as there were issues with it and Club Penguin neglected to fix them.