On the 14th of September Club Penguin has updated in 2007, 2009, and 2010. In 2007 Rockhopper arrived for another visit and a new pin was hidden on the island. In 2009 the sky mysteriously turned the colour of fire. In 2010, the most recent year to have updates on the 14th of September, a new field op mission was now available.

For Rockhopper’s September 2007 visit he brought with him two furniture items, the Pirate Ship (525 coins) and the Jolly Roger Flag (200 coins). Rockhopper also brought the Striped Overalls, a body item for members costing 450 coins. The free item for all players was the Eyepatch. 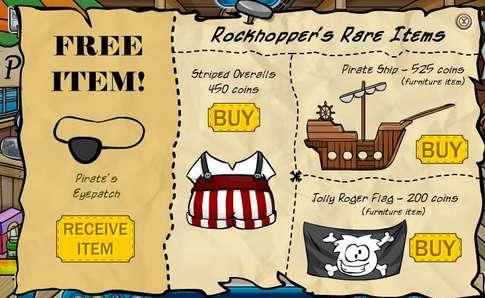 Also on this day in 2007 the Jellyfish Pin was hidden. It was located at the Ski Lodge, the third pin to be hidden in that room. The Jellyfish Pin is Club Penguin’s 41st pin.

Moving on to 2009, the sky mysteriously turned a shade of red and orange and the Fire Scavenger Hunt began. The sky changed colour because the volcano was awakening. Sensei was waddling around the island during this. The fire related items in the scavenger hunt were located (in order) at the Ski Lodge, Book Room, Pet Shop, Mine, Pizza Parlour, Cove, Lighthouse Beacon, and Dojo Courtyard. After finding the items you would receive the Fire Pin. This led up to Card-Jitsu Fire being released, the first Card-Jitsu game to be released after the regular Card-Jitsu game. 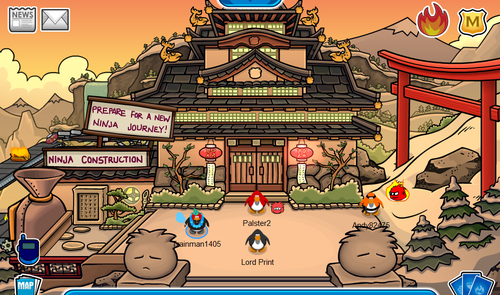 The final update to have happened on the 14th of September was in 2010. The 14th field op mission was released. It was located at the Iceberg and you had to complete it by powering the chipset.