On the 1st of May there have been updates in 2009, 2013, and 2014. In 2009 there was a new clothing catalogue, a new login screen, Medieval Party preparations and the first every paycheck was sent. In 2013 a new robot and gloves were available at the Marvel Superhero Takeover. In 2014 a new pin was hidden, Funny Hat Week began, Battle of the Ancient Shadows was at the Stage again, the map was updated, and issue 30 of Club Penguin’s magazine was released.

On this day in 2009 the new Penguin Style catalogue was released. The theme of the new items for that month were medieval related. Some of the items that could be found in the catalogue included the Knight Costume, Blue Dragon Costume, Crystal Staff, and Blacksmith Apron. 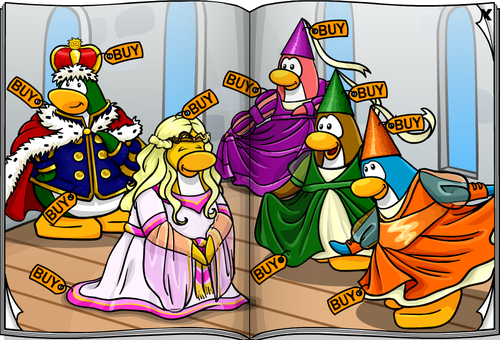 Speaking of medieval, also on this day in 2009 some preparations for the Medieval Party began. Crates containing decorations were placed at the Town, Snow Forts, Plaza, Pool, Beach, and Ski Village.

The final two updates in 2009 included a new login screen saying you can become a ninja by mastering Card-Jitsu and the first ever pay checks being sent to tour guides and PSA agents. You received 250 coins each month for both.

Moving ahead, in 2013 there was another update at the Marvel Superhero Takeover. The seventh robot design could now be built to destroy the island and the Crystal Shards Power Gloves could be obtained as long as you were a member.

The final year with updates is 2014. The first update that year was the Neon O’Berry, which is Club Penguin’s 276th pin. It is the twelfth pin to be hidden at the Lodge Attic. Another important update on this day in 2014 was Funny Hat Week, a mini event. At the Dock players could collect five different wacky hats and also a background. The hats were the Salami Sun Hat, The Sleepy Head, The Mullet, The Plunge, and the Donut Conqueror. The free background was the Funny Hat Week Background. The event was deemed a success. 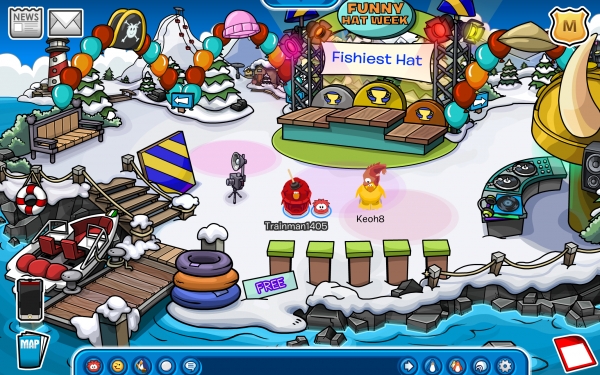 The final three updates on this day in 2014 were Battle of the Ancient Shadows returning to the Stage for a third showing, the map being updated to include the Puffle Hotel and Puffle Park, and the 30th issue of Club Penguin’s magazine was available in the UK.