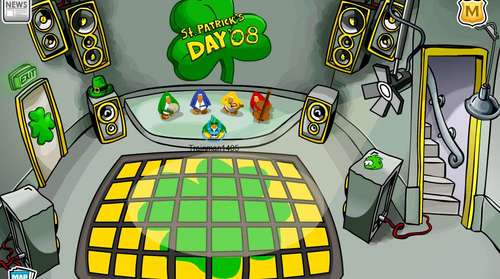 Another update in 2008 was a new pin being hidden. The Book Pin was hidden in the Boiler Room. This pin is Club Penguin’s 56th pin and was the third pin to be hidden in that room. Also in 2008, Space Adventure was released at the Stage for a second time. It has not been seen at the Stage ever since. The final update in 2008 was the 2005/2006 yearbook being released in the Book Room. It could be found on the bookshelf.

On this day in 2013, rainbow puffles were spotted on Club Penguin. They appeared at the Dock, Forest, and Ski Village. A logoff screen was added announcing that beginning March 21st, members could earn the Puffle Expert Outfit and adopt the the rainbow puffle.

Also in 2013, both the furniture and sports catalogues were updated. The furniture catalogue contained some assorted items, a few being puffle related. Some of the new furniture items were the Arcade Game for 350 coins, Skating Rink for 400 coins, and Rainbow Bridge for 400 coins. 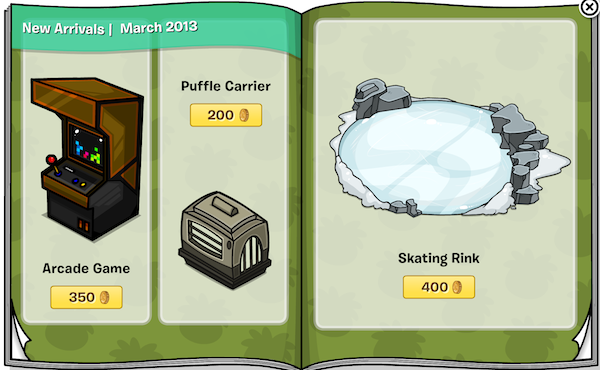