In 2006 there were two updates. The first update was behind the scenes, as Club Penguin was updated to version 1.04. The game update made everything faster and fixed some bugs. Here is Rsnail’s blog post post about the upgrade:

Also on this day in 2006 an igloo decorating contest began, the prize being coins.

In 2007 a new pin and a new clothing catalogue were released. The pin was the Teddy Bear Pin and could be found at the Underground Pool, also known as the Cave. It was Club Penguin’s 25th pin overall and the first pin to be hidden in that room. The new February 2007 Penguin Style featured new formal and casual wear as well as the all new (and super secret!) Gold Viking Helmet. 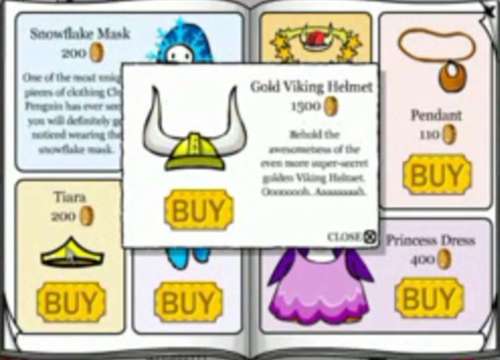 In 2012 there were three updates. There was a new field op, a new clothing catalogue, and the Fashion Show. The field op was Club Penguin’s 67th one and located in the EPF command room. You had to go to the middle front of the television screen in order to play the minigame of repairing the system by entering directions for the bot to follow. The clothing catalogue for February 2012 featured a wide assortment of new fashionable styles. To go along with the new clothing styles Club Penguin held the temporary Fashion Show event in the Gift Shop, now called the Clothing Shop. DJ Cadence even showed up, allowing penguins could meet her. Two new login screens were added to go along with the fashion show. 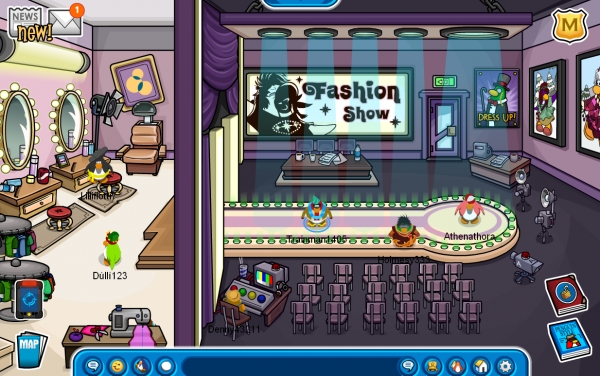 In 2014 the Yellow Stegosaurus Dino Puffle was now adoptable at the Prehistoric Party. That was the only update on this day that year.