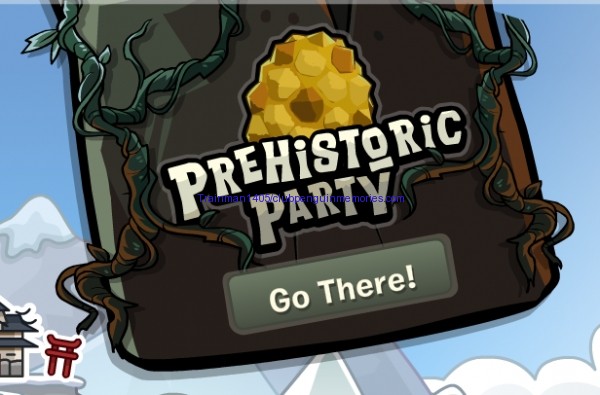 When you first log on you’ll notice a new look. It has the Club Penguin logo with a few prehistoric decorations as well as some text underneath letting you know the party is on now until February 4th. 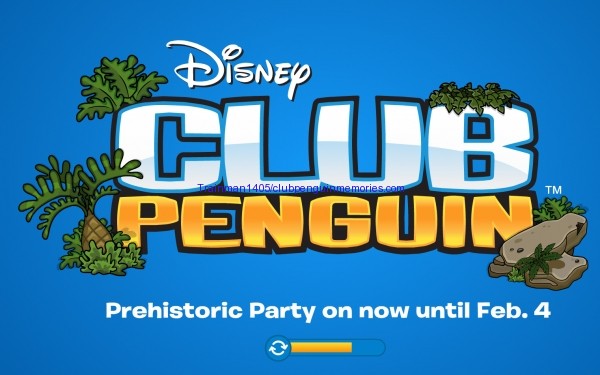 Then after the game loads Gary will appear on your screen. He says: 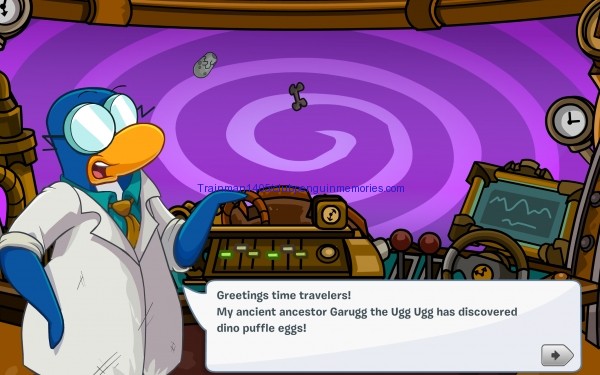 “Head to prehistoric times to save these rare animals. We only have until February 4th!” 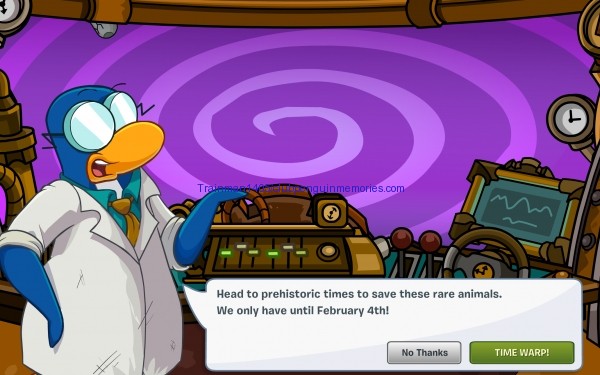 Once you go to Prehistoric Times you’ll see Garugg the Ugg Ugg. He says: 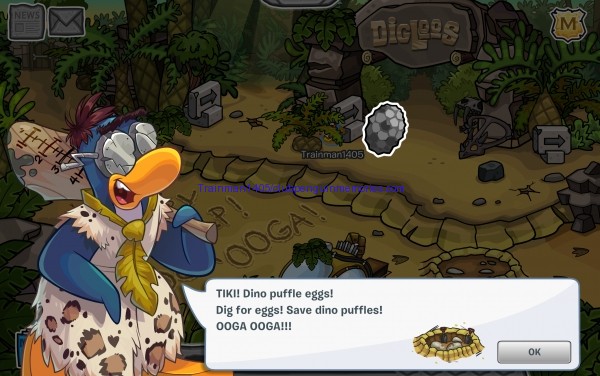 In Prehistoric Club Penguin there is a map to wander around the ancient island. You can also return to the year 2014. Members can buy the Dino Dig Site for their igloos and appear on the Digloos List until February 4th. The item is 300 coins. 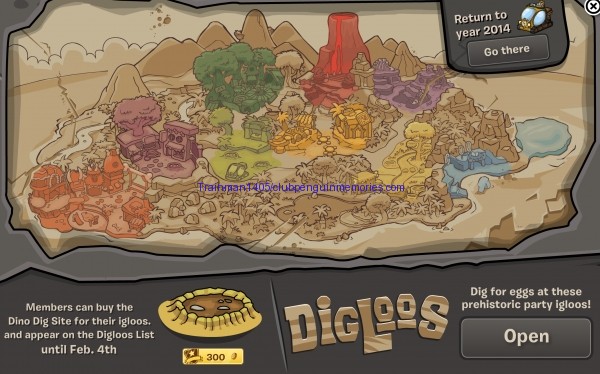 Check out the island when you can! I love the Prehistoric Pizza Parlour: 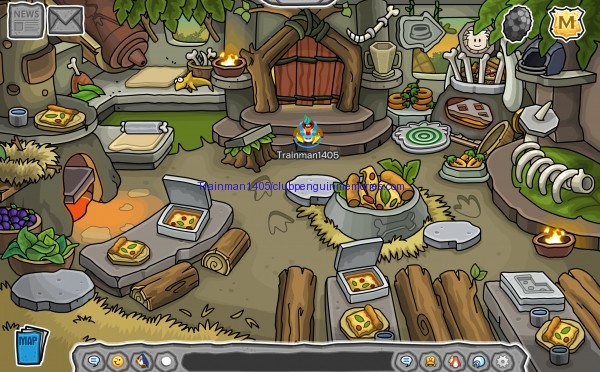 There are different Dinosaur Eggs you can find in Dino Dig. Collecting them all lets you transform into different dinosaurs as well as collect items. 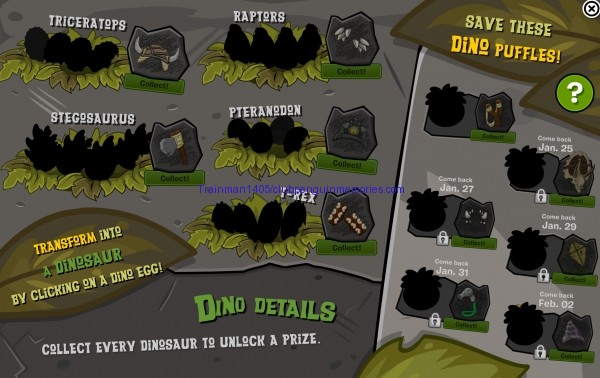 Dino Dig is just like Rockhopper’s game Treasure Hunt. You can find coins and both Dinosaur and Dino Puffle eggs. 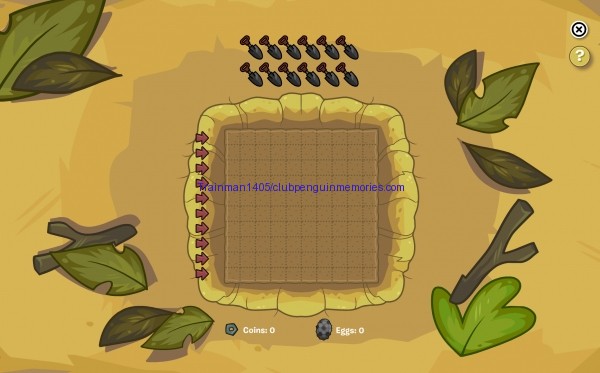 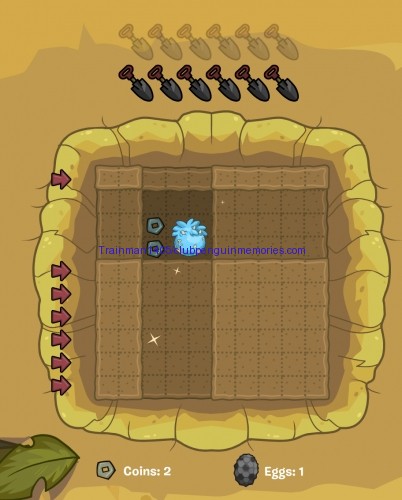 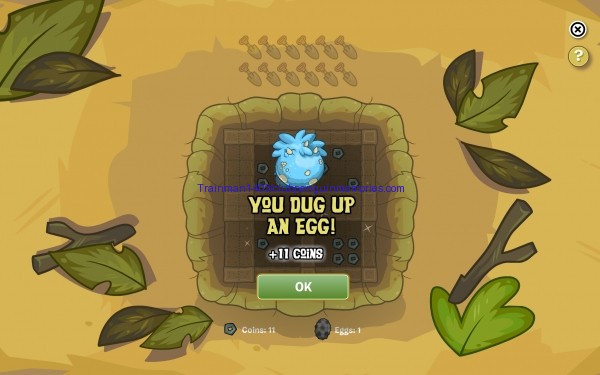 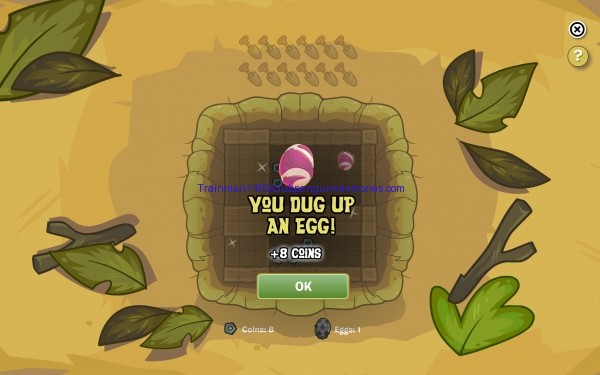 If you find a Dino Puffle take it to the Volcano to make it hatch. 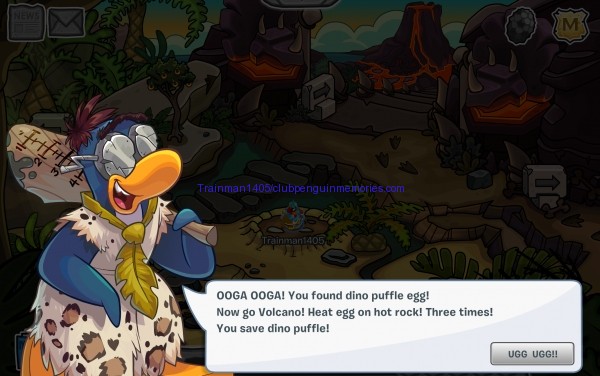 If you find a dinosaur egg you can transform into it. 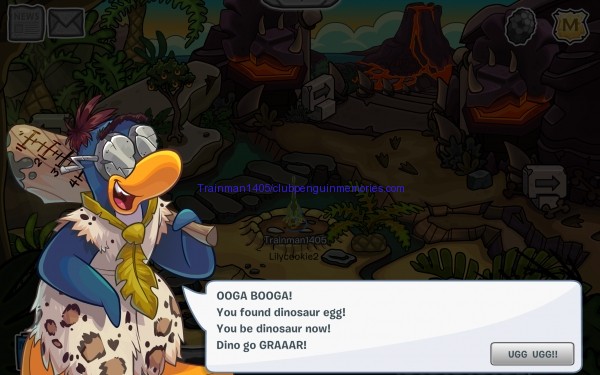 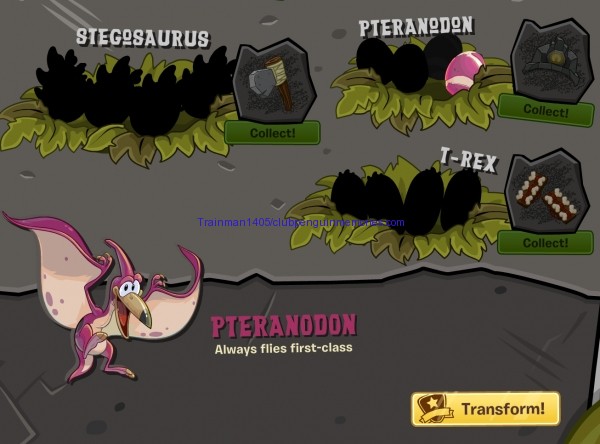 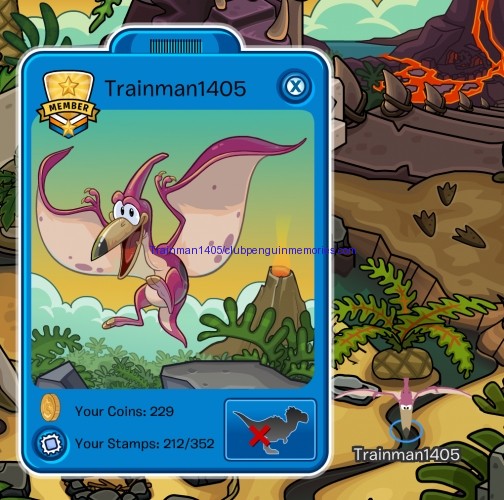 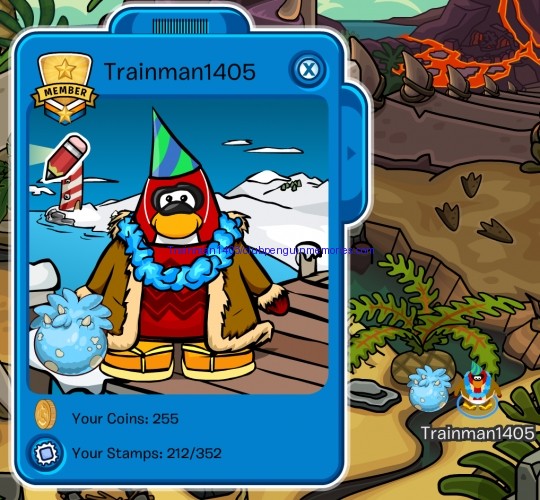 Now back to Dino Puffles. Members can hatch their Dinosaur Puffle eggs at the Volcano. Simply put the egg on a hot rock three times and it will hatch. Once the party ends the Dino Puffles will live in your igloo backyard. Be sure to collect them all since they are rare! 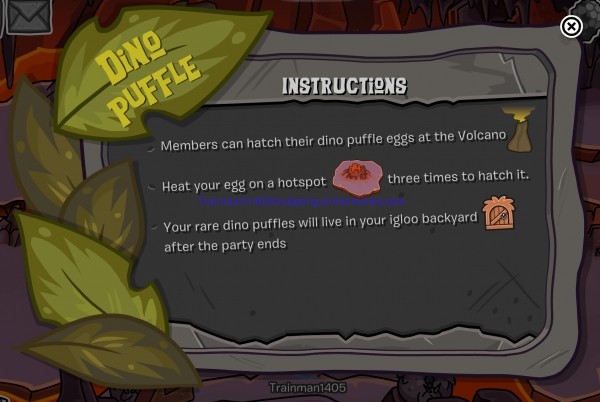 The hot rocks are the rocks that are more red than the others. Simply put the dinosaur Puffle egg on the hot rocks three times and voila, the egg will hatch. 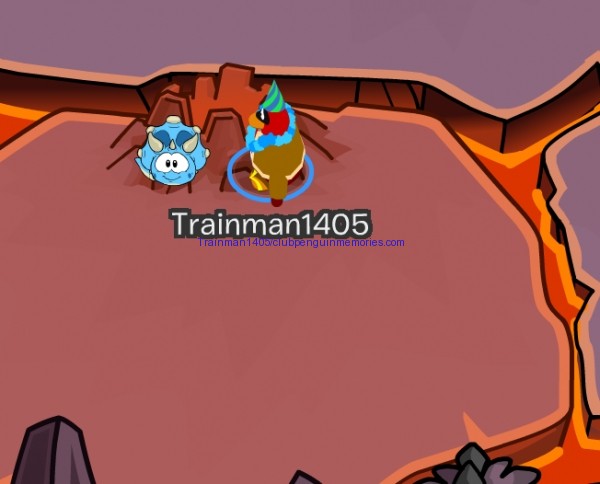 You will then adopt the Puffle. 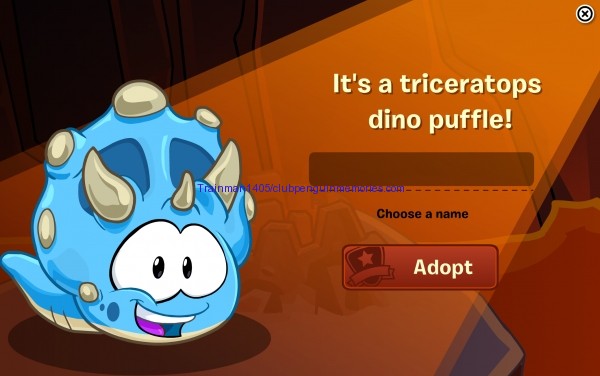 After that you’ll get your adoption certificate. 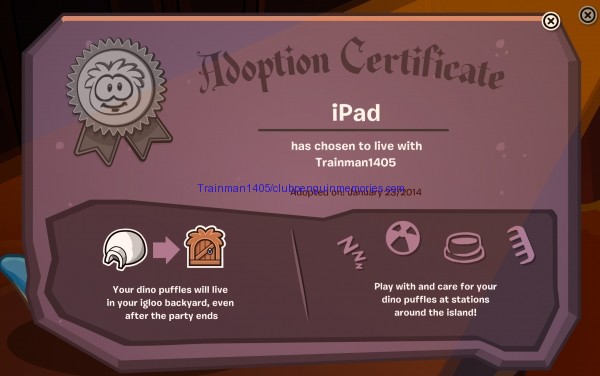 Gary will then pop up. He says: 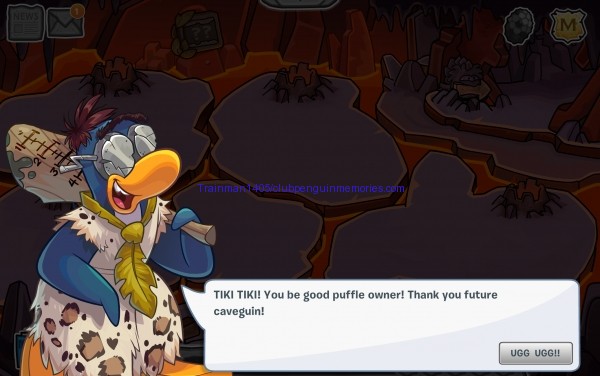 Here is what the Triceratops Dino Puffle looks like when hatched: 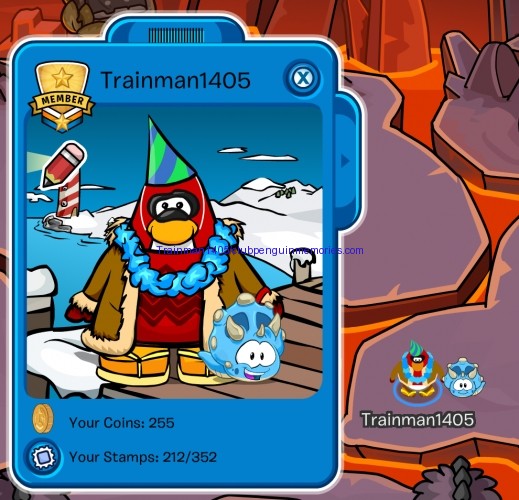 Every other day a new Dinosaur Puffle will be available.

Gary is waddling around during the Prehistoric Party. He does not have a new background. You can view his meetup times here. 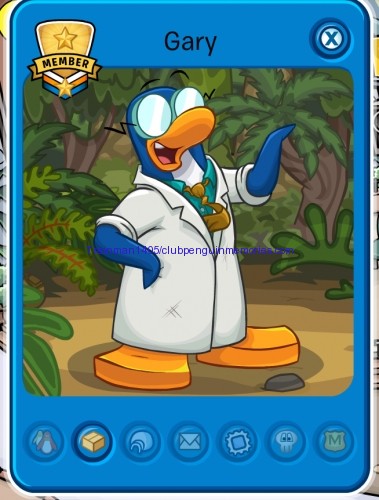 There are also seven limited time party emotes. (not shown is the pizza) 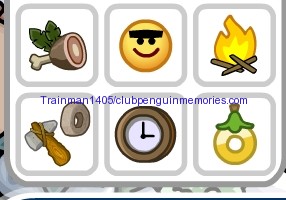