On the 16th of January there were two updates in 2009 and more than five in 2014. In 2009 Club Penguin updated two days in a row. There were updates on the previous day, the 15th of January, which I covered yesterday, and then some more the following day. There second day of updates was to release a new pin and a new furniture catalogue. 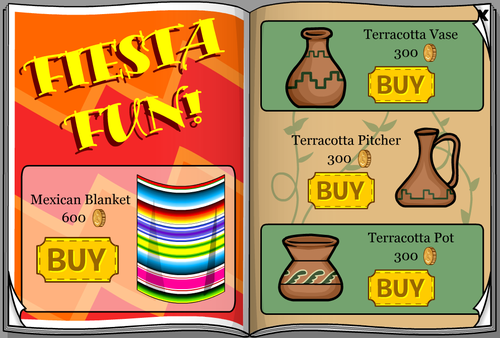 The new pin, Club Penguin’s 81st one, was the Taco Pin. It was located at the Snow Forts on the left leg of the clock tower. This was the third pin to be hidden in this room. On the other hand the new furniture catalogue featured Mexican and fiesta themed items such the Mexican Blanket, Terracotta Sun, Terracotta Pot, Wall Gecko, Mexican Rug, and Piñata.

The updates in 2014 was a mix of big updates and minor updates. The bigger updates were a new furniture and igloo catalogue, the new treasure book added to the Clothes Shop, and The Penguins That Time Forgot returned to the stage. The minor updates were new igloo music, the postcards being updated, and the Time Trekker being placed at the Snow Forts to prepare for the 2014 Prehistoric Party.

The January 2014 Furniture and Igloo catalogue was the first one of its kind to contain both igloos and furniture in a single catalogue. Previously Club Penguin had two separate catalogues, one for furniture and one for igloos. The furniture catalogue was updated monthly and the igloo catalogue one was typically updated every two or three months. Now it’s a single catalogue that’s updated each month. Aside from that big change it contained both new and returning prehistoric themed furniture items. Some of the new items were the Dino Dig Site, Slab Sofa, Bone Bridge, and Fish Fossil. Some of the returning items were the Dinosaur Bones, Dinosaur Skull, and Cavern Chair. 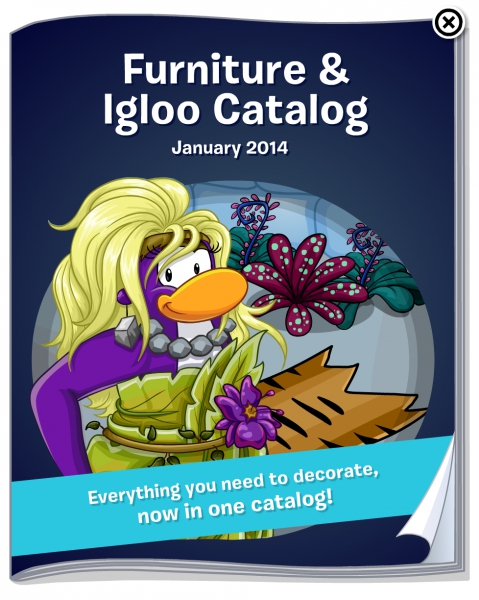 The third and final big update on this day in 2014 was The Penguins That Time Forgot returning to the Stage for a fifth time. The play is about Chester, a penguin who buys a box and special hat. He’s then brought back in time when he uses it.

There were three minor updates in 2014 too. To match the stage play Club Penguin brought back the Penguins That Time Forgot postcard. They also updated the igloo music for the month and added Gary’s Time Trekker to the Snow Forts to prepare for next week’s Prehistoric Party.