Club Penguin’s new Get Connected commercial has showcased a lot on what to expect at the 2011 Halloween Party. It has given away what much of the rooms will look like as well as what to expect for the Scavenger Hunt. I already knew a lot of what was shown in the video, I just didn’t know what it looked like. I’ve known it will end November 3rd, there will be many new items, even more items, and a whole lot of other stuff that will be on the island. There are also some unreleased items shown in this video, such as the Sled Costume.

To begin with, there will definitely be a scavenger hunt, but it seems like things will be different this year. The candy icon has been replaced with a book. 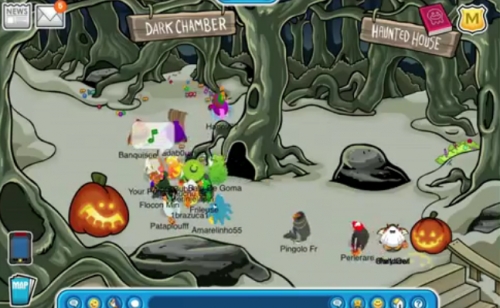 I’m guessing that the ghosts showcased around the video will have something to do with the scavenger hunt. It does look like a ghost on the cover, after all. There is also piles of candy spread around… 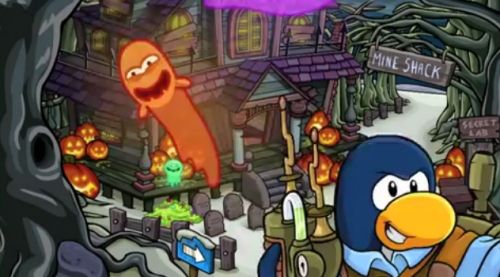 At the Plaza you’ll see Night of the Living Sled! I’ve actually already known it was going to be a play. 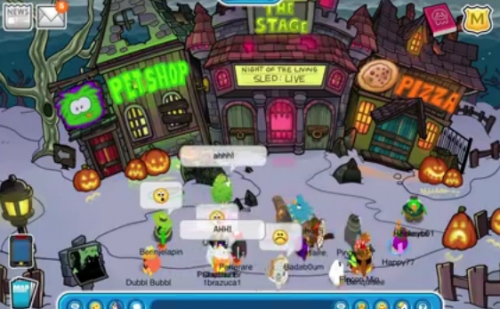 If you want me to see more about the rooms, click more below.

The Dock looks about the same with its big pumpkin patch. 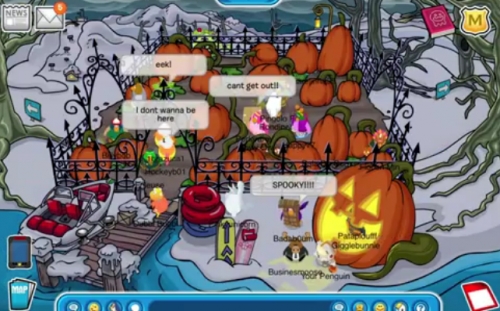 If you look behind the catalog you’ll see the Gift Shop decorated. 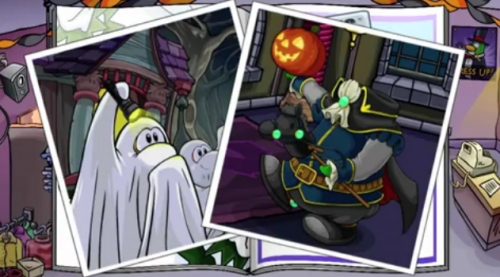 The Cove will be home to the Monster Catcher HQ, a new addition to the Halloween Party. 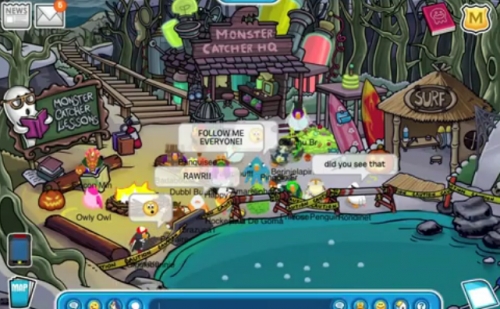 Both the Dark Chamber and Haunted House will be making a return. 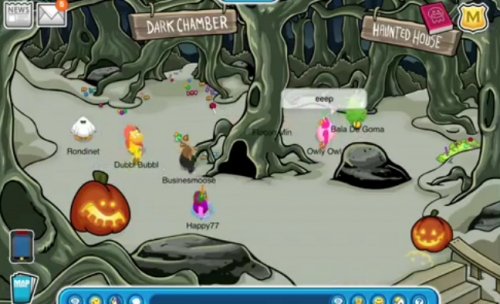 The Ghost Costume will be free for all penguins at the Haunted Mansion. 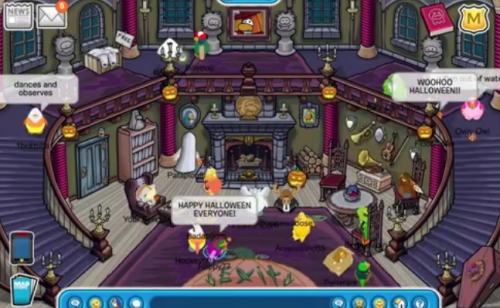 Outside of the Haunted Mansion you’ll be able to access the Secret Lab. 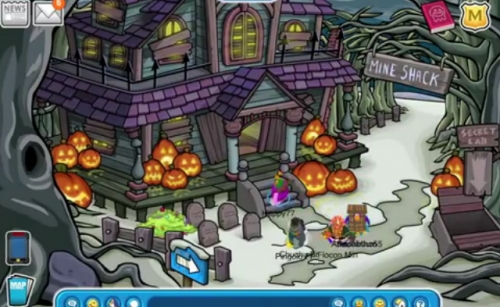 You’ll see an upcoming costume that will most likely be in the 2011 Monster Catalog in the Dark Chamber. 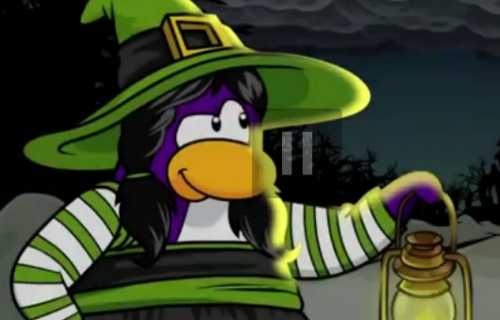 Here’s the Pet Shop with lots of jack o lanterns. 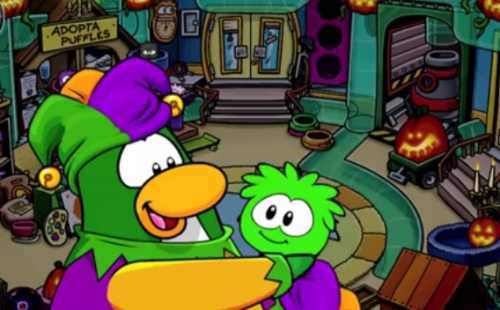 That’s about it! The Halloween Party will be released October 20th, which is one week from now. I can’t wait!