In 2011 there was a new field op mission, a new Puffle furniture item available, and a new unlockable book. The field op was Club Penguin’s 31st one overall. It was located in one of the wilderness expedition rooms, a special room for that month’s main event. The mini-game was to break the code by inputting the correct symbol combination. 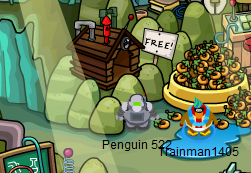 The final update in 2011 was a new book being unlockable, Dancing With Cadence.

The main update in 2013 was a new pin being hidden on the island, the Stone Hammer Pin. This pin is Club Penguin’s 236th pin overall and is the eleventh pin to have been hidden at the Dock. Also in 2013 a new logoff screen added to the game to advertise February’s event, the Hollywood Party.

In 2015 there was one update. Two new missions were now available at the Star Wars Rebels Takeover, specifically Zeb’s and Hera’s. For Zeb’s you had to go to the Snow Forts and throw snowballs at the towers in the room. For Hera’s you had to collect eight batteries scattered around the island. Once done with each mission you could collect some items. 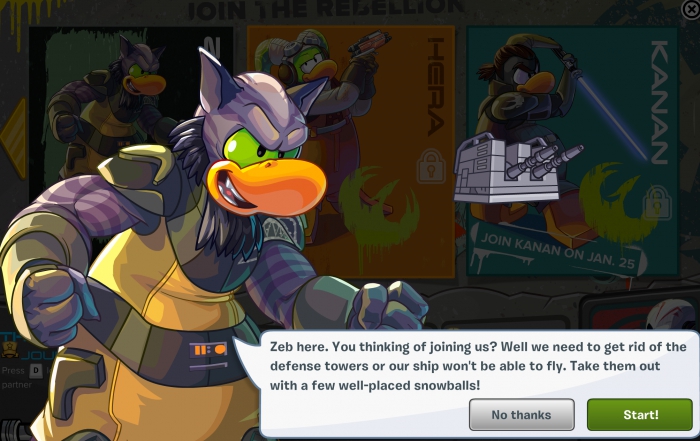