Club Penguin’s first party of 2015, the Star Wars Rebels Takeover, is now happening on the island! 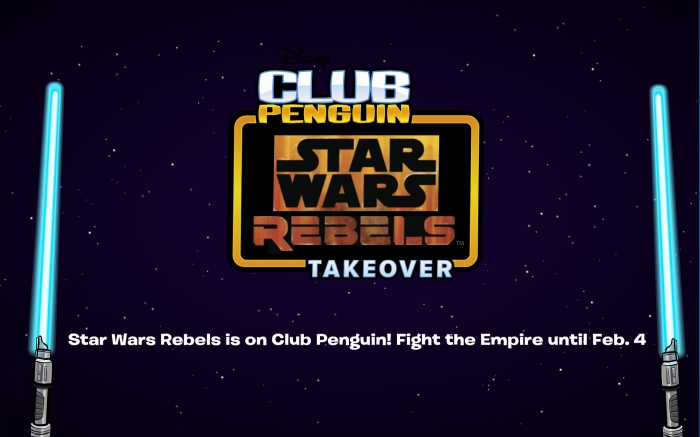 When you first log on Kanan will appear to speak to you. 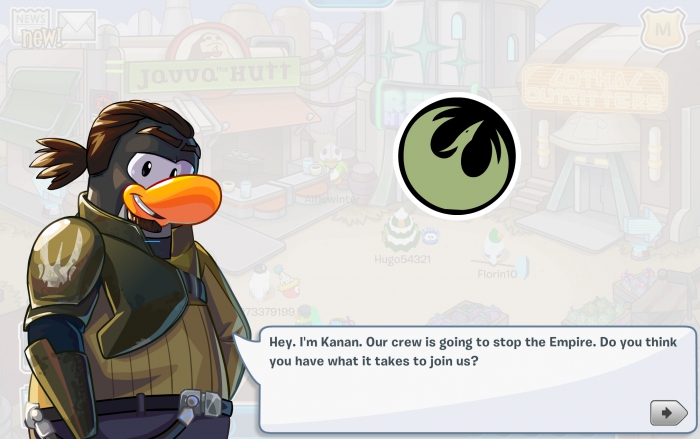 Hey. I’m Kanan. Our crew is going to stop the Empire. Do you think you have what it takes to join us? 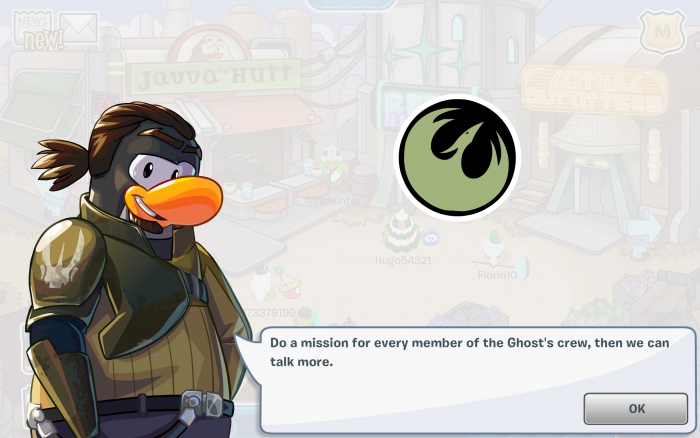 Do a mission for every member of the Ghost’s crew, then we can talk more.

As expected, you have to do different tasks at this party. Completing all the missions will unlock a lightsaber. 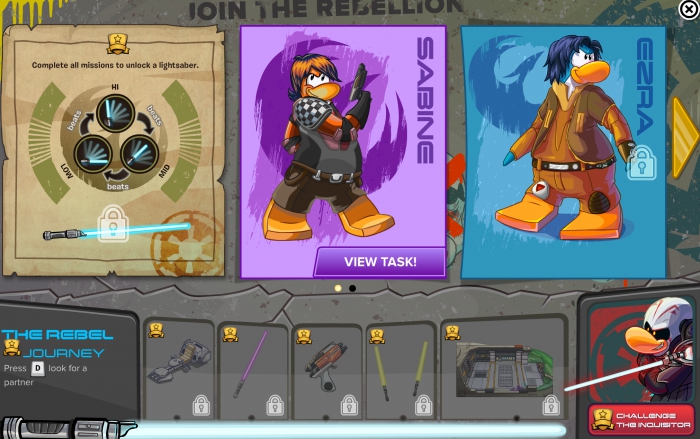 Quest 1 is with Sabine. You need to go around the island and throw snowballs at 8 different rebel symbols. 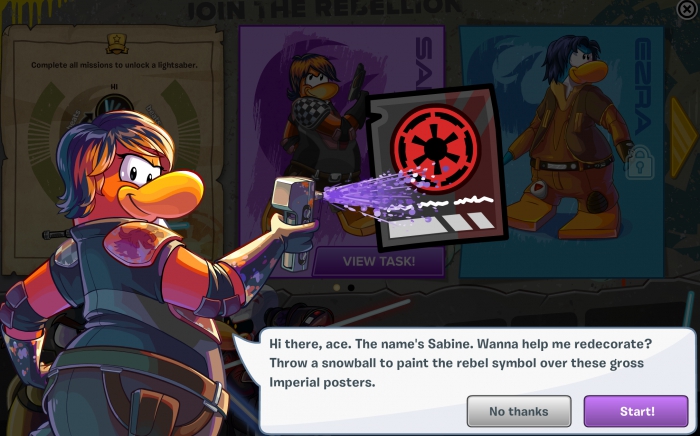 Once done you’ll be able to collect your items from her. 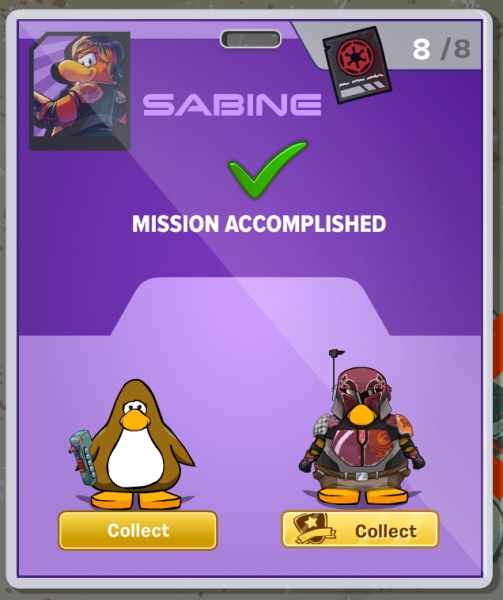 The next quest is with Ezra. You need to collect creates of fruit from around the island. Click on them to collect them. 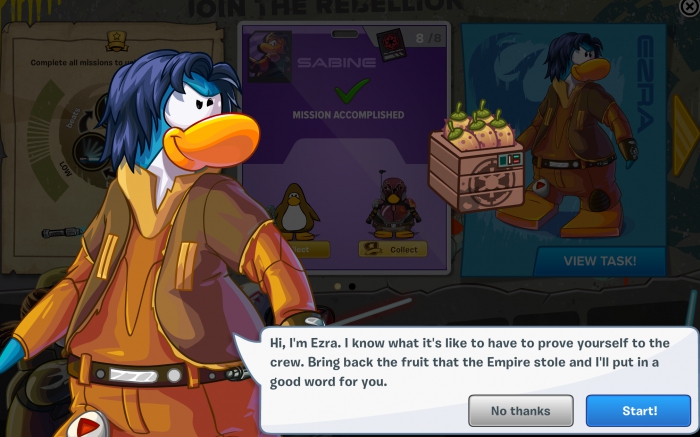 Once you finish that second task Kanan will appear again. (yes I’m on a different penguin for this image :P)

The next tasks will unlock on the 24th and 25th of January.

Once you get the lightsaber you can use it to battle for more items. Once you progress so much you can challenge the Inquisitor. 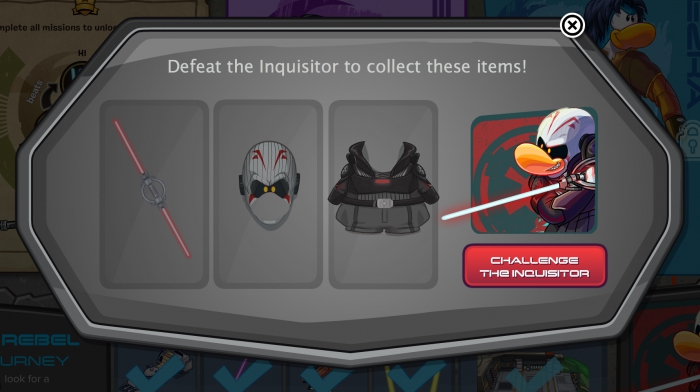 This is the battle with the Inquisitor. 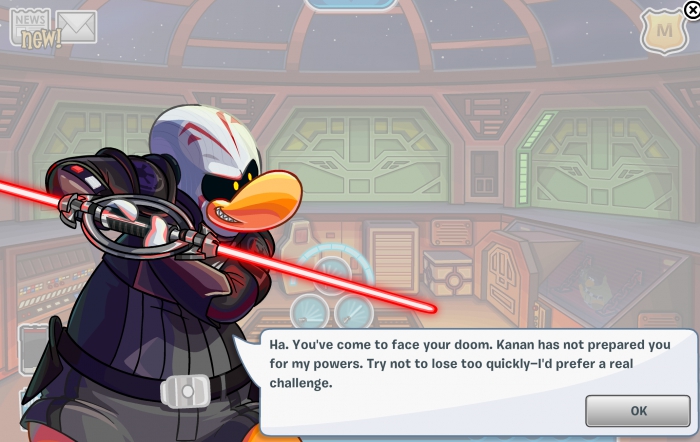 Ha. You’ve come to face your doom. Kanan has not prepared you for my powers. Try not to lose too quickly – I’d prefer a real challenge.

All you need to do is have a lightsaber battle by clicking the different icons for different moves. If you were at the Pirate Party in November 2014 it’s basically a rehash of that but with lightsabers instead. 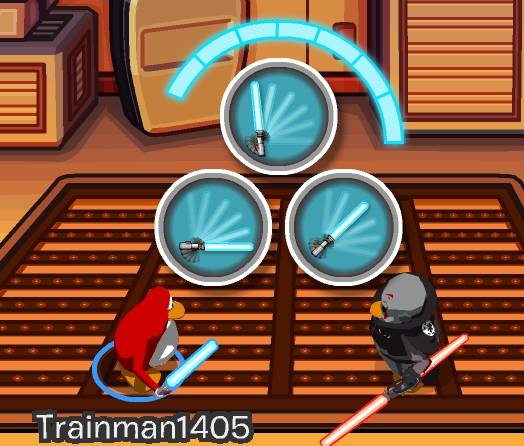 After a little bit you’ll win. 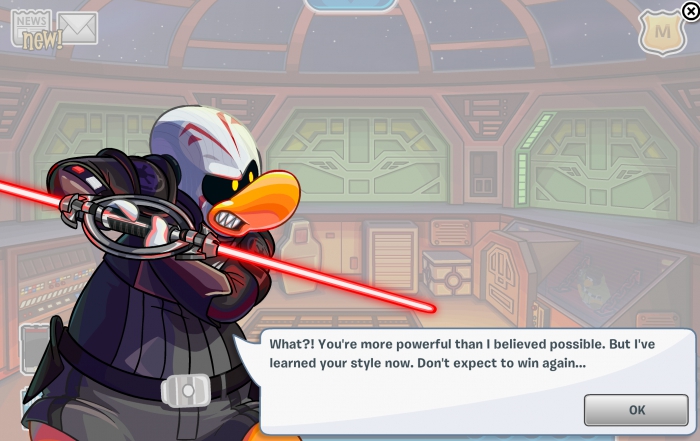 What?! You’re more powerful than I believed possible. But I’ve learned your style now. Don’t expect to win again…

Here is the map during the party: 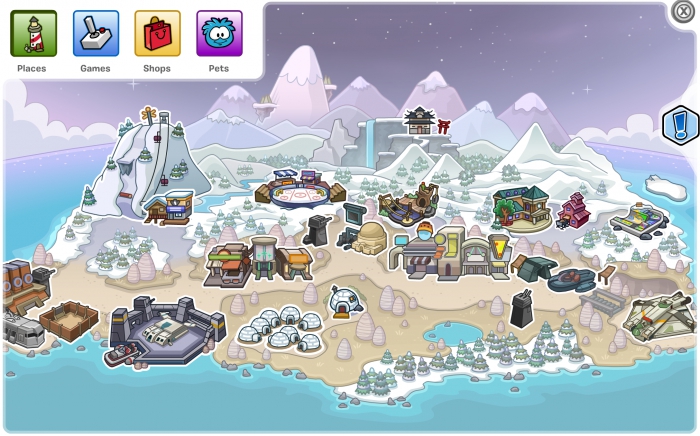 You can click the sky on the map to go to outer space. Thanks Nathan and Pup2602! 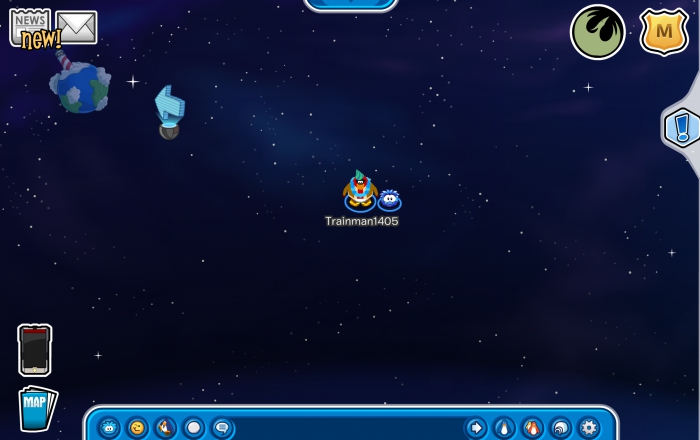 There are the four special party emotes. 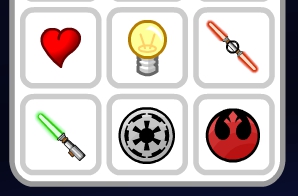 The room decorations are very cool, especially the Cove. Unfortunately between the lightsaber battles and quests it’s a rehash of the same old but with a different design to fit the party theme. At least the single tasks aren’t in just one room, you have to go all over the island for them. I’m sure Star Wars fans are really happy about this takeover though, and I’m happy for them! I’d say this is the best party of 2015. :-P It’s a nice and fun party and I look forward to seeing what the rest of the year brings.