Up until the 22nd of January in 2010, the Mine Cave (Now the Gold Mine), Hidden Lake, and Underwater rooms did not exist, when they were released. A week or two before a hole in the wall at the Mine had appeared. After being deemed safe it was widened so penguins could fit through. From there it was realised there were three new areas hidden behind the mine’s wall. Puffle Rescue was then released later on in March of the same year. 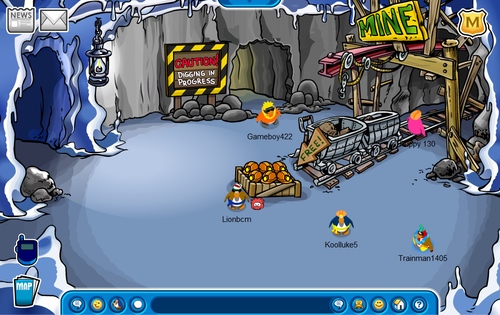 When these three new rooms were first released you had to go to the Mine Cave, wear a Hard Hat, and dance to drill. After a short while drilling you would find four pieces for the Amethyst Pin, which let you access the Hidden Lake. A big boulder blocked the entrance to the lake and getting the Amethyst Pin caused the giant rock to roll away so you could access the room. At the Hidden Lake you could purchase a Divers Suit (a members only item) to go underwater and collect the Coral Reef Background. A new login screen was released to advertise this update.

As for 2015, a new pin was hidden and the Star Wars Rebels Takeover began. The new pin was the Imperial Pin, which is Club Penguin’s 297th pin overall and is the third pin to have been hidden in the Clothes Shop. 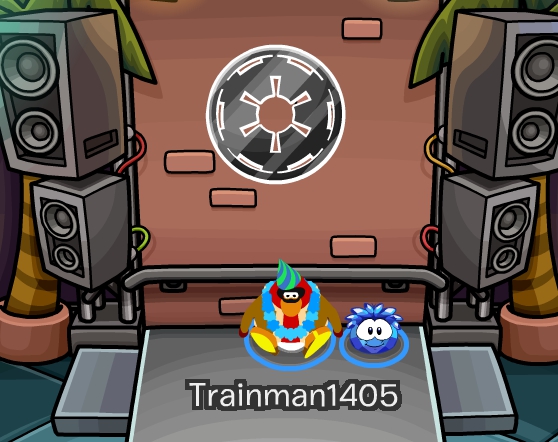 At the Star Wars Rebels Takeover the island was modelled after Disney XD’s Star Wars Rebels television show. You had to join Kanan and his crew to rebel against the Empire. There were different tasks you could complete for items and also have lightsaber duels. At the end you would battle and defeat the Inquisitor.