On the 18th of October a few updates happened in 2010 and more than a few happened in 2012. Updates range from field op missions to the Halloween Party.

The first update in 2010 was submissions for the Halloween igloo decorating contest being no longer accepted. The second update was the 19th field op, which was located at the Beach. Gary’s orders for that week’s mission were the following:

Whoever is sabotaging our investigation is very skilled. I’m working on new technology to aid us.

However, we need more information. Work together to look for more enemy signals. Check near the ocean.

The mini-game once you found the location was to break the code by finding the correct signal combination.

The final update in 2010 was a new login screen advertising the upcoming fifth anniversary party. 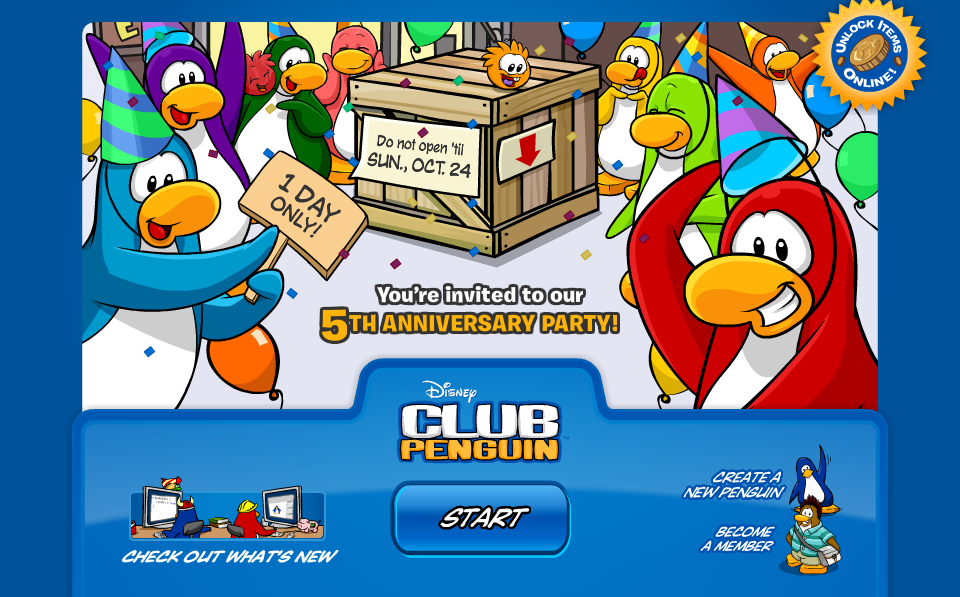 Let’s move on to 2012 now, shall we? The biggest update was the beginning of that year’s Halloween Party. At the party there was a nine room mansion. It led you to Gariwald’s lab. For the unfamiliar, Gariwald is Gary’s great uncle. There was a scavenger hunt at the party where you had to locate five keys in order to access the lab. Collecting all the keys allowed you to collect the Ghost Goggles, which were an item that allowed you to enter the laboratory. There was a special catalogue in the laboratory. Members could become a ghost and, once completed the To-boo list, could unlock special furniture items. Gary was waddling around the island during this party and he had a new giveaway background players could collect. 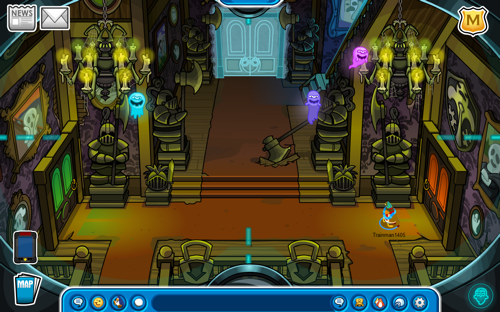 Alongside the Halloween Party Night of the Living Sled: Live made its second appearance at the Stage.

The next update in 2012 was a new pin. The 7th Anniversary Hat Pin, Club Penguin’s 221st pin, was hidden at the Cave Mine. This is the fourth pin to be hidden in that room.

The final in-game update in 2012 was the 104th field op mission. Gary’s orders were the following:

Alert! Ghosts are running rampant on the island, and they seem to be originating from the haunted mansion in the Forest. Search the mansion for the source of these apparitions, and shut it down!

You had to go to Gariwald’s ghost laboratory and complete the mini-game by destroying the circuits.

Club Penguin also has two other noteworthy events that happened on this day in 2012. Their new logo (which I mentioned in an On This Day In Club Penguin History post several days ago) was now rolled out completely across their website. Also, the 10th issue of Club Penguin’s magazine was now available in the United Kingdom and Republic of Ireland. The issue’s theme was Halloween.