Club Penguin has updated on the 22nd of April in 2010, 2011, and 2014. In 2010 the Earth Day Party began and the now non-existent Recycling Center room was released. There was also a new pin. In 2011 that year’s Earth Day Party began, the Easter Egg Scavenger Hunt for that year began, Rockhopper arrived, and a new pin was hidden. In 2014 new items were available at the Puffle Party.

On April 22 2010 the first Earth Day Party was released on Club Penguin. The Recycling Center was also released and the Community Tree was added to the Mine Shack. At the Mine Shack penguins could pick up a free Straw Gardening Hat. 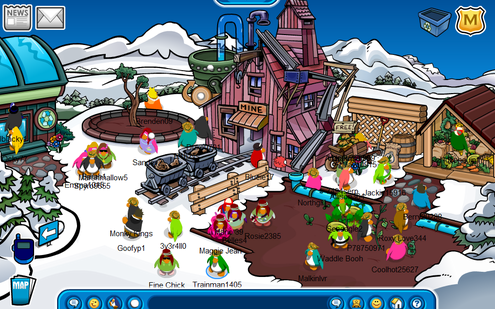 As you can see, the Mine Shack has changed a lot since then! At the 2010 Earth Day Party there was also a scavenger hunt for players to participate in. The prize was the Recycle Pin. 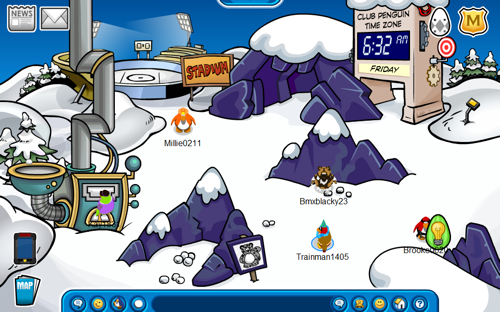 Also in 2011 there was a new pin and Rockhopper arrived. The pin was the Savanna Tree Pin and could be found in the Ski Lodge, now known as the Puffle Lodge. It was the sixth pin to be hidden in that room and is Club Penguin’s 159th pin overall. Rockhopper’s visit in April 2011 was his first of the year. His free item for all players was the Island Grove Background. His catalogue contained four furniture items for members. There was the Hanging Moss, the Mossy Log, the Boiling Cauldron, and the Island Trinkets, which was hidden.

Finally, in 2014, two new items were available at the Puffle Party. If players went to the Snow Forts they could collect the Ball of Yarn hand item, and, if they were a member, the Scratching Post Costume.