In 2007 there were three updates. There was a new pin, a new furniture catalogue, and also a new igloo catalogue, as back then the two catalogues were separate. The new pin was the Ice Cube Pin. It could be found at the Iceberg. The Ice Cube Pin was Club Penguin’s 26th pin to be released and was the first pin ever hidden at the Iceberg. The furniture catalogue featured a few medieval items such as the Knight Ice Sculpture and Wall Torch. The igloo catalogue featured the brand new Ice Castle Igloo. When it was first released it cost 5,100 coins. Now it only costs 2,400 coins. 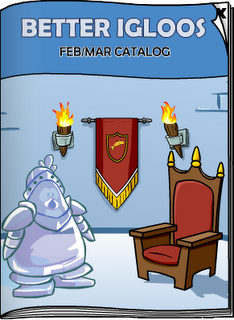 There were many updates in 2012. The most minor updates were a new field op, the postcards being updated, and a new login screen. The three major updates included Rockhopper arriving and also both a new furniture and igloo catalogue.

The field op was Club Penguin’s 69th one. It was located at the Recycling Center next to the computer. The minigame to complete the field op was the one where you use your arrow keys to bypass the system. When the postcards were updated, the featured postcards page now featured just three postcards. They were “Let’s Explore!”, “Rockhopper”, and “Actors Needed”. The final minor update, as mentioned above, was a new login screen. It was one advertising Rockhopper’s Quest, that month’s party/event.

With Rockhopper’s arrival, you could not board his ship because it was busy being prepared for the big quest. You could, however, play Treasure Hunt at the Beach. The furniture catalogue featured fashion items and also some furniture relating to Rockhopper’s Quest. The igloo catalogue contained the Shipwreck Igloo. 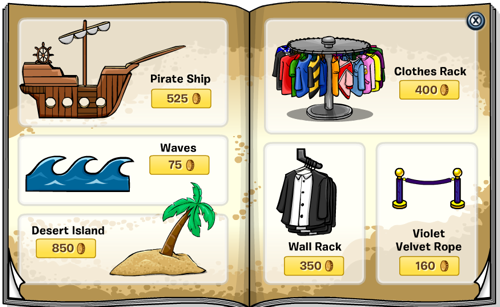 There was one update in 2013. The second stage, Studio B, was now open. The set was a high-speeed getaway. By participating in a few movie scenes all players could get the Action Scene Background and members could collect the Stuntman and Stuntwoman Suits. Both items have a special dance action when worn. 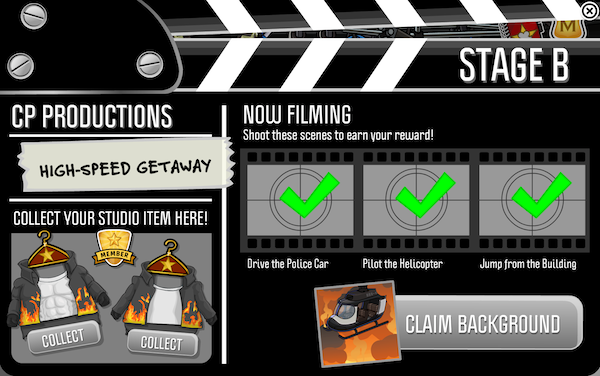