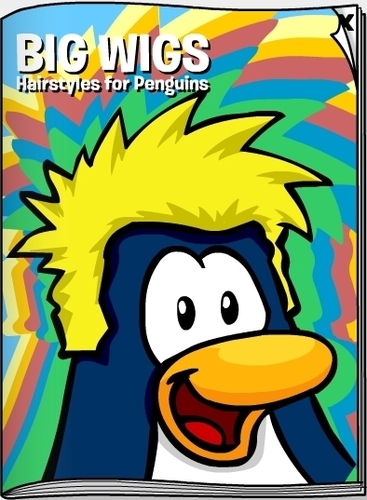 The wig catalogue released in January 2008 featured two new wigs, The Flutterby and The Sunstriker. The new clothing catalogue had new winter wear items such as the Snow Shovel and Fuzzy Boots. It also contained some fiesta themed items including the Winter Poncho, Matador Outfit, and Flamenco Dress. 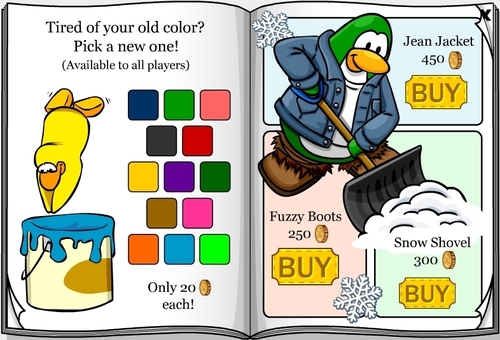 The final update in 2008 was the 50th pin being released. It was the Snow Shovel Pin, now called the Red Snow Shovel Pin. It was hidden in the Boiler Room. This was the second pin to be hidden there. Look how tiny pins used to be! 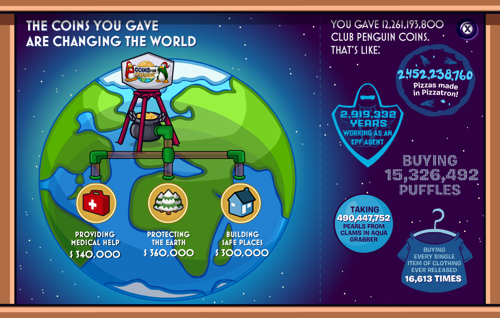 In 2013 there were many updates. Since it was the first Friday of the month (Club Penguin used to update on Fridays instead of Thursdays) a new Penguin Style catalogue was released. There was not any specific theme to the new items, it was more of miscellaneous wear. It is also worth noting that this was the first clothing catalogue to contain the Arctic White colour, the page of items for all players, and a new modern penguin design. 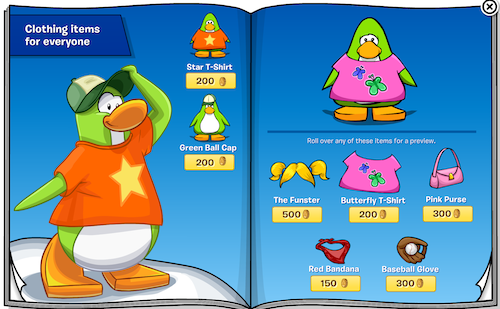 Moving on from items to other updates, also on this day Club Penguin announced their results from Coins For Change 2012. In total penguins donated 13.7 billion coins. 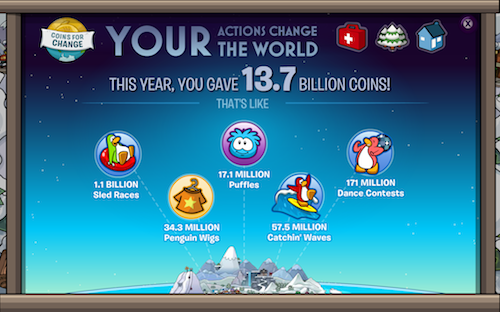 Another update was The Penguins That Time Forgot returned to the Stage. This was the fourth time the play was shown. Slightly related, Club Penguin updated their homepage to advertise that month’s party, the first ever Prehistoric Party. Login screens were also added to advertise the party.

There were two other updates. The postcards were updated, as the featured postcards were now “Let’s Explore!”, “Find the Pin”, and “Penguins Time Forgot”. The final update was that the Agent Rookie’s Secret Mission book was now unlockable.