On the 23rd of January in Club Penguin History there have been updates 2009, 2013, and 2014.In 2009 the Winter Fiesta was released, which is the only update on that day aside from the postcards being updated so the Winter Fiesta postcard was added. At the 2009 Winter Fiesta there was one free item for players, the Mini Sombrero. It was located at the Cove. It was a fun cultural party and I hope Club Penguin brings the Winter Fiesta back to the island at some point in the future. 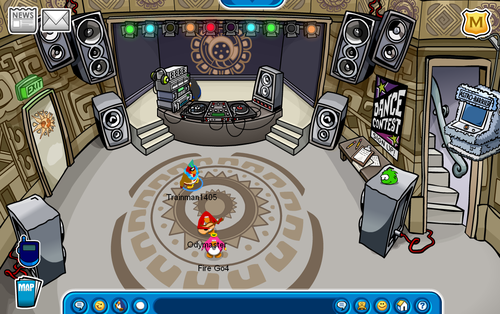 There was one update in 2013. The Ancient Tree furniture item was now available for members to get at the Prehistoric Party.

In 2014 a new pin was hidden on this day. It was the Dino Snack Pin. This pin was hidden at the Beach. It is Club Penguin’s 267th pin and was the seventh pin to be hidden in this room. Also on this day in 2014 Club Penguin gave the Forest and Ski Hill rooms new designs and a new login screen advertising the Prehistoric Party was released. That’s not all, though. The biggest update in 2014 was the start of the actual 2014 Prehistoric Party. At the party players could use Gary’s Time Trekker 3000 to go back in time and save Garugg the Ugg Ugg and Dinosaur Puffles, which members were also able to adopt.