On the third of June there were three updates in 2011: a new clothing catalogue, a new pin, and a minor update to the login process. The theme of the new items were musical summery items for that month’s party, the Music Jam. The new pin was the Red Electric Guitar, also to go along with the upcoming Music Jam party. There were three new pages of items in the clothing catalogue. That month’s Penguins at Work was the One Man Band outfit, which, when worn, does a special dance. Three new flag pins were also added to the Penguin Style beginning with this catalogue. 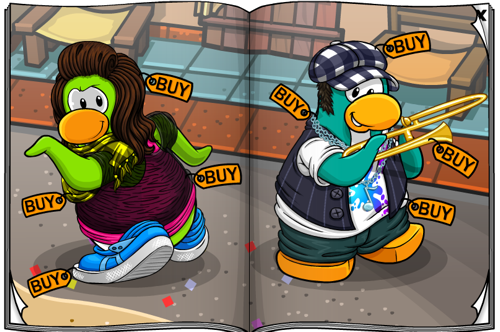 On the other hand, the Red Electric Guitar Pin was hidden at the Hidden Lake. This was the third pin to be hidden in this room. As for the login process, take a look at the two images below. This is what it was like before the update on June 3, 2011: 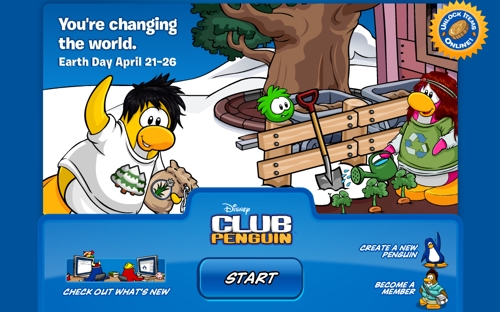 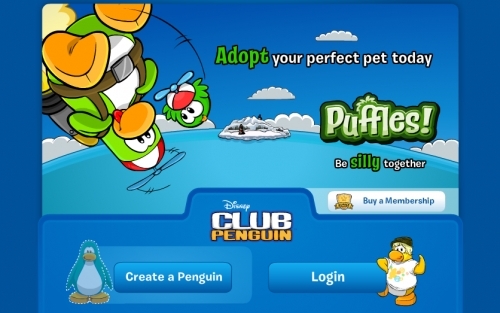 Can you see what’s different? They changed the bottom part of the login screens, moving, removing, and changing some buttons.