On the 17th of November there have been a handful of updates spread out across the years 2008 and 2011. The big update in 2008 on November 17th was the grand Re-Opening of the Dojo. As a result the digging the snow out of the Dojo Courtyard ended and you could now see the full room. Penguins could now become ninjas for the first time, playing Card-Jitsu until they earned their Black Belt and then beat Sensei for the Ninja Mask. The Dojo Hideout was also released. 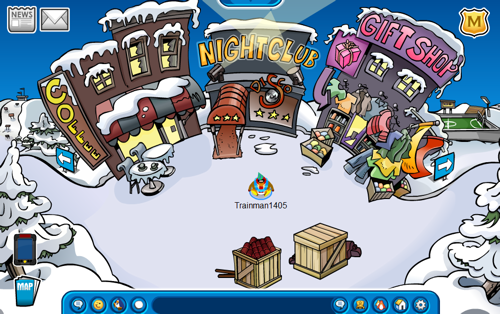 As for 2011, there was a new field op and other updates. The field op was the 55th one. The location was the bottom right corner of the Cove in the water next to the Catchin’ Waves Game Upgrades Catalogue. The game to complete the field op was matching symbols before time ran out. Other updates on the 17th of November included construction for the upcoming Card-Jitsu Party later in the month (the following week) and the Blue Fish Pin being released. It was located on the left side of the Snow Forts. It is also worth noting that a lite (free) version of Puffle Launch for iOS was released on the iTunes Store. Also, the paid version of Puffle Launch was updated to version 1.1 and featured bug fixes and also new levels.