On the 14th of May Club Penguin has had updates in 2010, 2011, and 2015. In 2010 there was a new furniture catalogue, a new igloo catalogue, and the postcards were updated. In 2011 there was a few small updates to the beta team section on Club Penguin’s website. Finally, in 2015, a new pin was hidden on the island and Club Penguin began advertising the upcoming Fair.

The May 2010 furniture catalogue was filled with a mix of plants and medieval themed items. As for the new igloo catalogue released alongside it, the Grey Ice Castle Igloo was released for the first time, costing members 4,500 coins, a price that has since dropped down to 2,400. 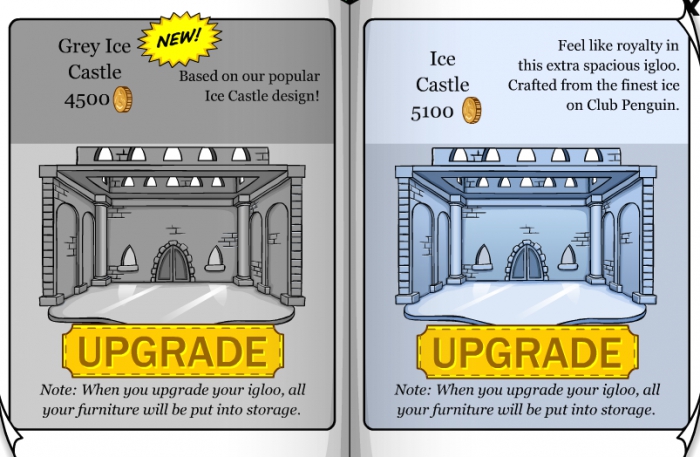 The final update on this day in 2010 were a few new postcards. “Help Me With the Garden” and “Welcome to Club Penguin” were the brand new postcards.

Jumping one year to 2011, Skyscraper and Puffle Hat Ideas were removed from the Beta Team for reasons unknown.

As for 2015, a new pin was hidden on the island. The Pixel Penguin Pin, Club Penguin’s 320th pin overall, could be found at the Dance Club. This pin is the eleventh pin to have been hidden in that room. Club Penguin also updated their homepage and login screen, adding an advertisement for the upcoming Fair. It said “Play games & win prizes May 21 – June 3”.