On the 25th of April Club Penguin has updated in 2008 and 2013. In 2008 Rockhopper and Yarr arrived, the sports catalogue was updated, and a new pin was hidden. In 2013 the Marvel Superhero Takeover began and along with that Aunt Arctic was waddling around the island. Also, an option to mute all sounds and not just room music was added to the game.

On this day in 2008 the second ever Pirate Party, also known as Rockhopper’s and Yarr’s Arrival Party, began. A month or two before this event Rockhopper’s ship had sank, as it was hit by an iceberg. Penguins decided to rebuild Rockhopper’s ship, collecting the pieces from the ocean through a new gadget/game that was made built by Gary, Aqua Grabber. The purpose of this party was to celebrate the completion of repairing the Migrator. Rockhopper arrived on the island when the party began, which is why it’s also known as the Rockhopper Arrival Party. Since Rockhopper was shipless while the Migrator was rebuilt, he rode a small motor boat to the island. The free items at the party were the Sailor Hat, located at the Plaza and returning from the 2007 Pirate Party, and the Black and Red Sailor Shirt, located at the Beach. In a few more day’s time the Captain’s Quarters room would be open to the public, as previously it was closed off. 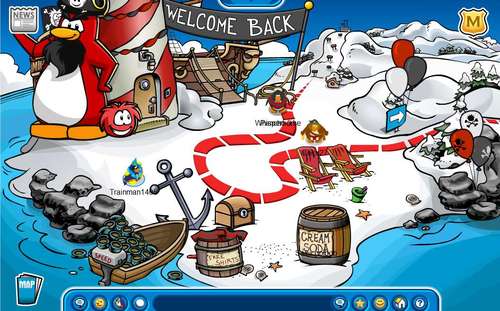 Another update that happened on this day in 2008 was the sports catalogue being updated. This was its second update of 2008. The new items in the catalogue were baseball related. Some of the items the catalogue contained were both the Blue and Red Baseball Uniforms.

Moving on to 2013, on this day the Marvel Superhero Takeover began. This was Club Penguin’s second Marvel takeover. Many items were available at this event for players to collect. A special party-only Superhero Bounce game was playable. Aunt Arctic was waddling around the island during this event, too. 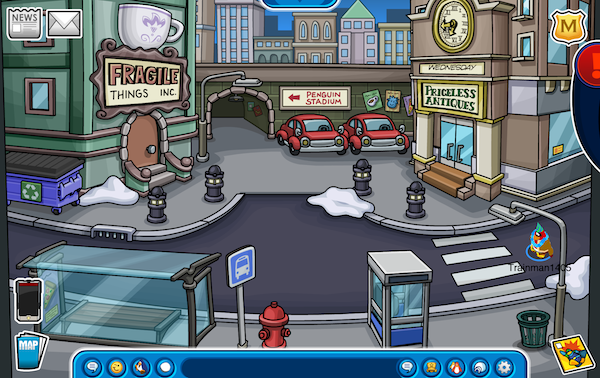 The only other update on this day in 2013 was Club Penguin adding a new option to mute all sounds in game and not just room music.