There was also a third pin hidden, actually, as Haunting of the Viking Opera returned to the stage, and that play comes with the Viking Ship Pin. This was the play’s second showing, but the first time the pin was available. Club Penguin had held a You Decide on the blog. The Viking Ship Pin won over the Blue Viking Helmet Pin and a Shield Pin. 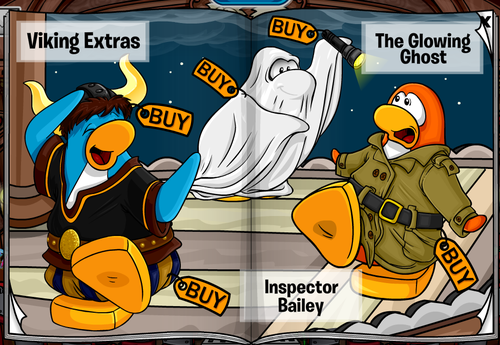 The next update in 2011 was Klutzy’s level in System Defender being released. As a result of the new level, the Klutzy Attack stamp was now available. It can be unlocked by completing that level.

The final update in 2011 was the featured postcards being updated. They were now all puffle related.

As for 2014, there was one update. The Sea Fishing Rod item was now available at the Fair’s prize booth.