On the 18th of February Club Penguin has only updated in 2011. There were several updates.

The biggest update was the beginning of the month’s event, the Puffle Party. Cadence waddled around during it, as PH was not a mascot until 2012. The Brown Puffle was also now available for adoption at the Pet Shop! Back then it cost 800 coins and members could adopt up to 20 puffles. There was also a new login screen added to advertise the party. 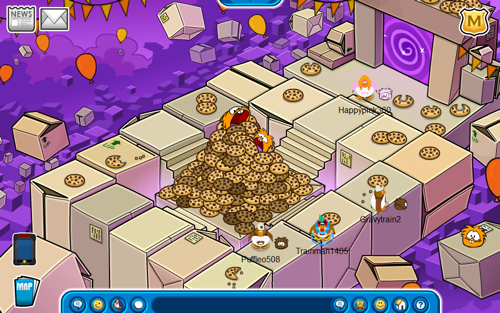 Aside from all that there were also few new unlockable stamps. There was the Party Puffle, stamp which was unlocked by walking your puffle to its designated room at the Puffle Party, and also some new System Defender stamps, although they were added by mistake – there was no corresponding level released to unlock the stamps. Thus, they were removed. shortly after. To this day System Defender still has unreleased stamps.