The new pin released on this day in 2007 was the Cactus Pin. This pin is Club Penguin’s 24th pin overall and is the second pin to have been hidden at the Coffee Shop. At the Winter Fiesta the free item was a pair of Maracas. 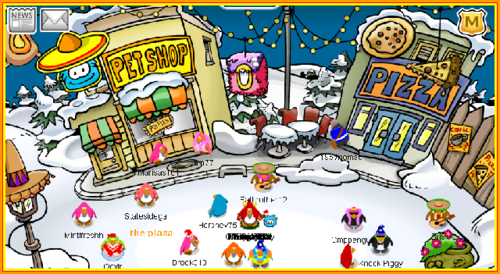 As for the launch of igloo flooring, you could buy the Terracotta Tile, Maple Hardwood, Green Carpet, or Burgundy Carpet floorings. Up until this point in time you could only have an igloo with furniture but no flooring.

2009 only has one update. A few login screens advertising what members can do were added. Here’s an example of one: 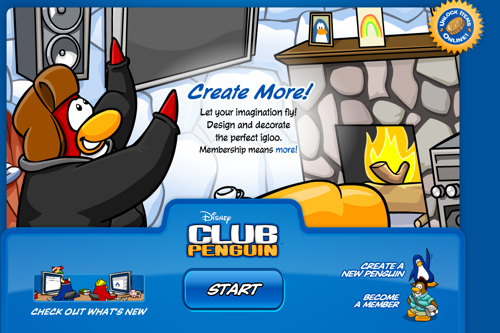 In 2012 there were a few updates. First off, the furniture catalogue was updated with new underwater furniture. Club Penguin also had a few updates relating to preparations for the upcoming Underwater Expedition. A login screen was added and crates for the event were placed at the Beach. 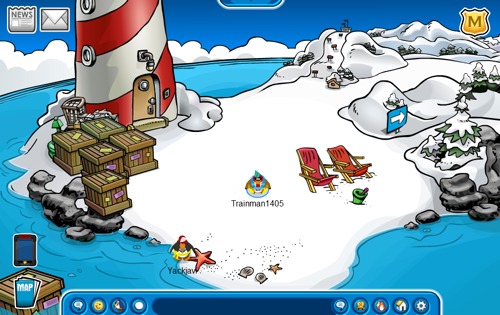 Also, the 65th field op mission was released. For this mission you had to go to the Cove and complete the mini-game, which was figuring out the correct symbol combination.

Finally, in 2014, Club Penguin added more rooms to their mobile app. You could now access the Forest, Cove, Mine Shack, and Stadium.