On the 7th of December Club Penguin has updated in 2005 and 2007. In 2005 you could now pay for membership with PayPal and the fuzzy creatures on Club Penguin got their official name: puffles! In 2007 there was a new Penguin Style was released and a new pin was hidden.

As I mentioned above, you could now pay for Club Penguin memberships with PayPal beginning on this day in 2005. Also, Club Penguin let players come up with names for the fuzzy creatures that were discovered on the island. One of the submissions, “puffle”, was the winning choice. Here’s Billybob’s blog post from that day:

Just a quick note to tell you that we have finally added Pay Pal to our list of payment methods. We are still working on some of the others such as SMS and Pay by phone, but hopefully this will make it easier for some of you to become members. 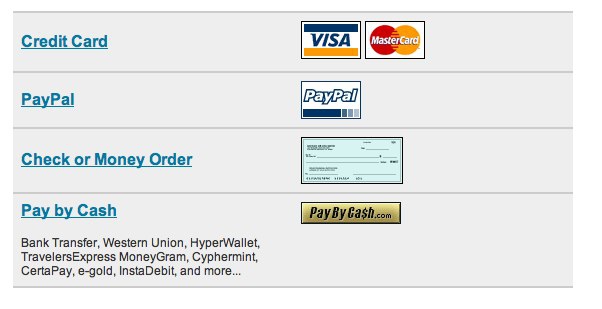 In other news: Check today’s newspaper for the winner of the “Name the Critter” contest. Out of almost 3000 submissions we had 3 winners.

Also, the test server has been going well and we have already squashed some big bugs. We hope to squash even more in the coming days. Thanks again for all your help!

Also, we will announce the details of the Christmas party tomorrow, so stay tuned! Until then…

That wraps up 2005. On the 7th of December in 2007 there were two updates. There was a new clothing catalogue and a new pin. The clothing catalogue for December featured a variety of holiday and winter themed items, for example the Elf Costume as shown below. 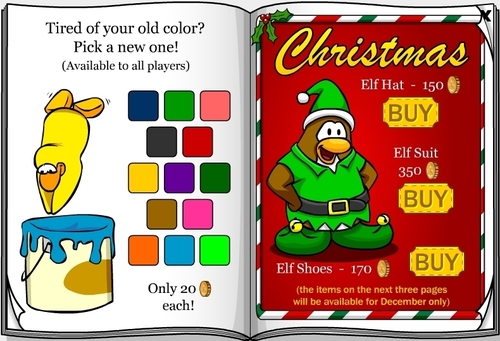 The new pin hidden on this day was the Holly Pin, located at the Coffee Shop in the top left corner of the room. The Holly Pin is Club Penguin’s 48th pin overall and was the third pin to be hidden in that room.