The field op mission released on this day in 2010 was the 24th one. You had to go to the VR Room and complete the mini-game where you power up the chipset, which is done by guiding the micro battery.

In 2013 more orders for Operation Puffle were released. Penguins had to rescue pink puffles in the Puffle Chase game. Once completed, members could collect the Rescue Ring and Search and Rescue Snowmobile items. 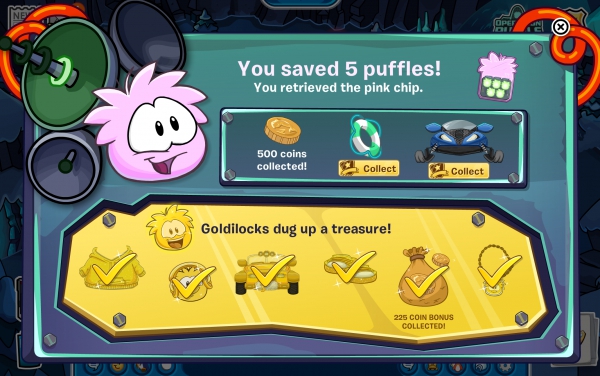 In 2014 the you could now complete the seventh and final crab treasure hunt task at the Pirate Party, this one being at the Cove. After that we had vanquished all the crabs that took over Rockhopper’s belongings. All players could collect the Squid Scrunch hand item and members could collect the Octolegs, a body item.