On the 15th of November Club Penguin has updated in 2005 and 2012. In 2005 the furniture catalogue was updated and in 2012 Operation Blackout begun along with some other updates relating to Herbert. There was also a new pin, a minor font change in the game, and a new login screen.

In 2005 a new furniture catalogue was released. It contained pink furniture, coffee shop furniture, and book room furniture. Huge thanks to Club Penguin for sending me the SWF file since no pictures of this catalogue existed before! 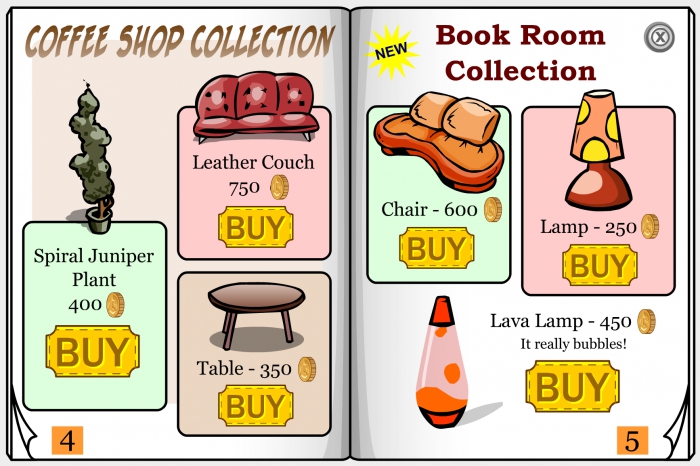 Luckily though, I can talk a lot about 2012! In 2012 there was a huge update many players had been anticipating for a very long time: Operation Blackout! After being quiet for over a year, Herbert finally attacked Club Penguin and took complete control of the island. He successfully kidnapped Gary, Dot, Rookie, Jet Pack Guy, and the Director! Penguins received a new task every other day to work towards stopping Herbert. There was a total of six tasks. Once the sixth task was completed it was revealed that Aunt Arctic is the Director. That’s a secret, so don’t be going around telling people that! ;-) Operation Blackout marks the time whereHerbert was now meetable in game, so a stamp was added and unlockable if you met him. He had a giveaway background, too. 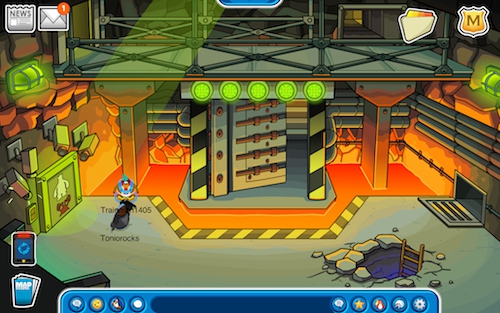 As a part of Operation Blackout the Club Penguin Times became the Club Herbert Times, the Penguin Style became the Herbert Style, and the play at the stage was My Awesome Life: The Herbert Story.

Along with that huge launch there was also a new pin. The new pin was the Heavy Weights Pin and was hidden in the Boiler Room. This was the thirteenth pin to be hidden in that room and Club Penguin’s 224th pin overall.

There was also few a very minor updates in 2012. The font was changed in Club Penguin’s postcard catalogue. Very important to mention, I know. :-P There was also a new logoff screen stating agents could return on November 16th for the next task.

Although not an in-game update, in 2013 Daffodaily5 announced on the Club Penguin Blog that Penguin of the Day was now going to turn into Penguin of the Week.