On the 8th of October Club Penguin has only updated in 2010. A new pin was hidden, the play at the Stage was changed, and the featured postcards were updated.

The new pin hidden on this day in 2010 was the Carrot Pin. It was located in the Night Club to the right of DJ3K, which has since been replaced with SoundStudio. This pin is Club Penguin’s 137th pin overall and the fourth to be hidden at the Night Club.

The other main update was Secrets of the Bamboo Forest being re-released at the Stage. This was the play’s second showing. The Golden Feather Pin that goes along with the play’s script was located at the Mine Shack next to the garden. For this second showing Club Penguin added a new item to the catalogue, the Magical Crown. Members could buy it for 250 coins. 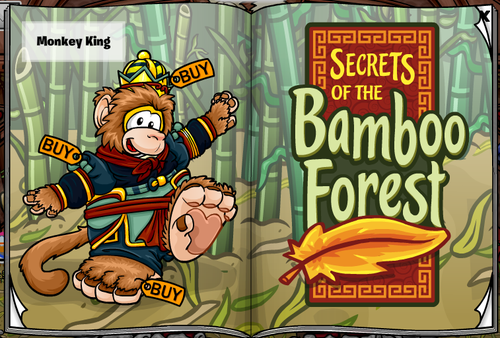 Finally, three Halloween Postcards (Halloween Costume Try-Outs, Happy Halloween, and Trick or Treat) were added to the postcard catalogue for the month.