The purple puffle doesn’t have a whole lot of backstory to it compared to puffles nowadays, unfortunately. 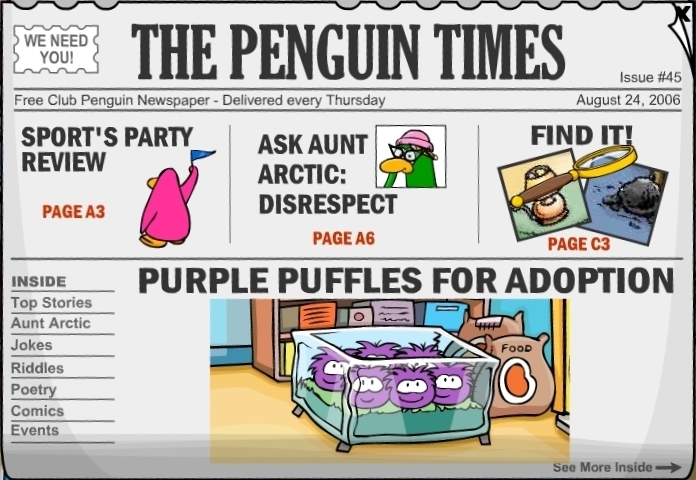 That was all for 2006. In 2011 the beta team was updated. Test Server and Puffle Pop were added and Skyscraper, Snow Cone, Pizza Oven, and Laser Command were removed. The test server contained sentence autocomplete suggestions based on what you were typing.