The theme of the furniture in the August 2009 catalogue was construction and kitchenware. 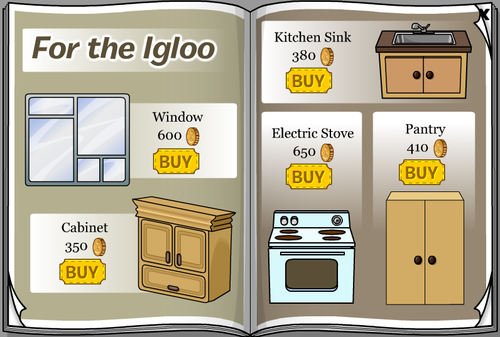 The other update in 2009 was a brand new stage play, Underwater Adventure. This was its first ever showing. In this play two divers, Feisel and Daisy, go on an adventure to find secret treasures. Along the way they meet a lobster and a fish who help them find a secret palace that is filled with penguins.

That’s all for 2009. 2014 had a few more updates than 2009 did. The biggest update was the Frozen Party, a party that many players had requested. This was the first party to take place on Club Penguin’s app, which was updated to version 1.5. At the Frozen Party you could collect snowflakes to earn items, adopt a Snowman Puffle, transform into different characters, and collect Elsa’s giveaway background. 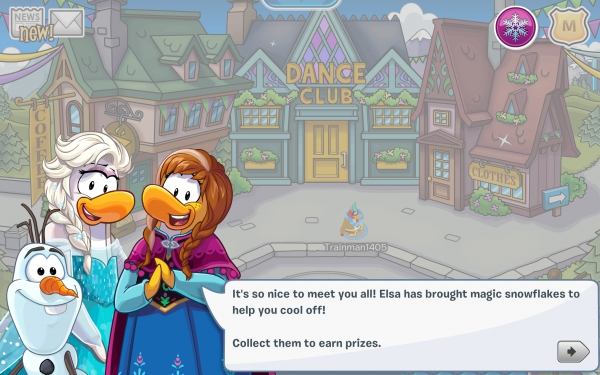 Another update in 2014 was a new pin, the Snowman Puffle Pin. This pin is Club Penguin’s 285th pin overall and is the seventh pin to be hidden at the Lighthouse Beacon.

The next update in 2014 was new igloo music. Let It Go, In The Summer, Frozen Wonder, Bretzel Bash, Twelfth Fish Theme, The Palace of Ice Crystals, and Frozen Ambience were added.

The final update on the 21st of August wasn’t actually in-game, but rather the real world. The 34th issue of Club Penguin’s magazine was now available in shops in the United Kingdom. The theme of issue 34 was the EPF.