After being around for just under two years, the Walt Disney Company announced that they acquired Club Penguin. Executives from a variety of different companies such as Dreamworks, Sony, Newscorp, and of course Disney made trips to Club Penguin’s office. Ultimately Disney bought Club Penguin, although Sony and DreamWorks were also high possibilities. In fact, it had leaked to the Club Penguin fan base that Sony might buy Club Penguin, although the team never found out who leaked that information. In fact, Sony had even given the Club Penguin Team a private screening of their upcoming movie “Surf’s Up” several months before its release. DreamWorks also nearly bought Club Penguin, but a deal was never fully struck even though it was close to being finalised. Anyway, below is the (lengthy) press release from Disney back in 2007:

KELOWNA, BRITISH COLUMBIA, CANADA and BURBANK, Calif. – Aug 1, 2007 – As a part of its strategy for long-term growth through applying new technologies to the creation and global distribution of high-quality family entertainment, The Walt Disney Company (NYSE: DIS) has acquired Club Penguin, one of the fastest-growing online virtual worlds for kids. The addition of Club Penguin to Disney’s existing online assets will further strengthen the company’s objective of establishing clear leadership in online virtual worlds for kids and families.

Since its launch in October 2005, award-winning Club Penguin has grown to more than 700,000 current paid subscribers, and has achieved this remarkable subscriber and user growth with very limited marketing efforts, relying mostly on strong product and word of mouth awareness among kids. The site has more than 12 million activated users, primarily in the U.S. and Canada, and is one of the fastest growing online destinations for kids ages 6-14. The site features animated penguin avatars that inhabit a snow-covered virtual world, converse with other users, participate in group activities and create and furnish a virtual home with currency earned inside the game.

“This acquisition is consistent with our strategy of leveraging technology to create and deliver high-quality entertainment around the world and our commitment to investing our capital to generate growth and value for our shareholders,” said Bob Iger, Disney president and CEO. “Club Penguin embodies principles that are of the utmost importance to Disney – providing high-quality family entertainment and fostering parental trust. The founders have woven together new technologies and creativity to build an incredibly compelling, immersive entertainment experience for kids and families. Just as with our own Disney.com, kids love Club Penguin and parents trust it; and we are proud to welcome the creative team of Club Penguin into Disney. Combining the creativity and knowledge of the Club Penguin team with our existing Disney Online assets will help us further achieve our objective of establishing clear leadership in the kids and families online vir tual worlds space around the globe.”

“We have been actively searching for an organization that not only shares our values and concerns for children, but also has the ability and desire to help us bring Club Penguin to more children throughout the world. We’ve found that partner in Disney,” said Lane Merrifield, one of Club Penguin’s three founders. “As a former employee of Disneyland, I’ve always had a great respect for what Walt created. When he first envisioned Disneyland, he wanted to create a safe place that he and his daughters could enjoy. In the process of creating Club Penguin, we shared that passion and often pulled from Walt’s vision in the hope of creating a unique place online that we would be comfortable letting our own children visit.”

Club Penguin, which will be called Disney’s Club Penguin, will retain its URL (www.clubpenguin.com) and will remain based in Kelowna, British Columbia, Canada. The company’s three founders, Lane Merrifield, Dave Krysko and Lance Priebe, will join Disney and remain the senior management team of the unit. Merrifield, Club Penguin’s chief executive officer, will become an executive vice president of The Walt Disney Internet Group (WDIG), reporting to WDIG President Steve Wadsworth. Disney plans no immediate changes to the operation or business model of Club Penguin.

“What Lane, Dave and Lance have achieved in creating such a large community around this incredibly engaging, immersive environment in so short of a time is phenomenal,” Wadsworth said. “We welcome their unique culture, and both we and they are excited about seeing what can come from combining their innovations with Disney’s brand strength and entertainment assets, global reach, and our No. 1 position with kids and families in Disney.com. We expect to continue Club Penguin’s strong growth well into the future, especially by targeting markets outside of North America and through promotion on our Disney-branded platforms.”

For Disney, the addition of Club Penguin is but the latest in a year of successes in the Disney-branded online space. In early 2007, the company debuted the new Disney.com, which remains the No. 1 site for kids and families. Using the latest broadband-based technologies, the new Disney.com offers all things Disney in one place on the Web, including videos on demand, games (including virtual world MMOGs) as well as aspects of community, social networking, user-generated content and creation of individual media lists, all in an environment designed for kids with safety in mind.

Disney was one of the first companies to enter the virtual world space for kids and families with the introduction of Disney’s Toontown Online in 2003, the first massively multiplayer online game for kids and families. Later this year, Disney will launch Pirates of the Caribbean Online, and in 2008 will debut Disney Fairies, a virtual world aimed at girls and based on Tinker Bell and her friends, which builds upon the popular Disneyfairies.com site that launched in January 2007. DisneyFairies.com allows users to create, outfit and name fairy avatars, as well as obtain and decorate a home for the avatar, all in the world of Tinker Bell. To date, nearly 2.5 million Fairies have been created on the site.

Strategically, Disney plans to develop a Disney-branded connected entertainment network that allows users to access Disney-branded content, including virtual worlds and Disney.com games and videos, any time and anywhere, as well as communicate with each other across platforms, through a Web-based hub connected with PCs and mobile devices such as cell phones and game platforms.

Until now, Club Penguin’s user base has been primarily located in the United States, United Kingdom and Canada. By leveraging Walt Disney Internet Group resources and experience, Club Penguin plans to create international versions in Europe and Asia, as well as in the Americas. WDIG and Club Penguin management will be exploring ways to integrate Club Penguin into the Disney-connected entertainment network over time.

Club Penguin welcomes users of all ages, but is designed primarily for kids ages 6 to 14. Club Penguin, like Disney’s other virtual worlds, features a velvet rope model of usage. While users can play for free for an unlimited time and enjoy a portion of the virtual world’s geography and functionality, a user must subscribe in order to achieve status rank in the game, take advantage of certain features or make purchases of in-game goods such as furnishings for an avatar’s igloo home. A subscription is $5.95 a month or $57.95 a year. In addition to subscriptions, Club Penguin also generates revenue from sales of merchandise online, such as plush versions of penguins’ pet puffles, t-shirts and gift cards.

About The Walt Disney Company

The Walt Disney Company (NYSE:DIS), together with its subsidiaries and affiliates, is a leading diversified international family entertainment and media enterprise with four business segments: media networks, parks and resorts, studio entertainment and consumer products. Disney is a Dow 30 company, had annual revenues of over $34 billion in its most recent fiscal year, and a market capitalization of about $65 billion as of July 31, 2007.

The Walt Disney Internet Group (WDIG) offers a compelling mix of interactive entertainment and information content and services for Internet and mobile devices for audiences around the world. WDIG is both a developer of unique new media experiences specifically designed for Internet and mobile media and a developer of new platforms for distributing content selected from broad, existing entertainment divisions and libraries of The Walt Disney Company.

Its paramount mission is to provide a safe, secure environment for consumers to experience the Disney brand anytime and anywhere as they inform and entertain themselves, look to join communities with other Disney fans, or shop for products and services. WDIG integrates the unmatched breadth of content with a best-practices approach to Internet and mobile technology and drives multiple revenue streams from premium content offerings, advertising and ecommerce. WDIG’s suite of properties includes Disney.com, Family.com, Movies.com and mDisney mobile entertainment. Additionally, WDIG’s Disney Mobile phone service is the first comprehensive mobile phone service with applications specifically developed to meet the needs of kids and parents. WDIG also provides strategic leadership, business execution support and a world-class technology platform for all the Walt Disney Company Internet properties, including category leaders ESPN.com, ABC.com and ABCNEWS. com. WDIG, which is headquartered in North Hollywood, Calif., has operations in Asia-Pacific, Europe and the Americas.

Certain statements in this press release may constitute “forward-looking statements” within the meaning of the Private Securities Litigation Reform Act of 1995. These statements are made on the basis of the views and assumptions of the management of the Company regarding future events and business performance as of the time the statements are made and we do not undertake any obligation to update these statements. Actual results may differ materially from those expressed or implied. Such differences may result from actions taken by the Company, including restructuring or strategic initiatives (including capital investments or asset acquisitions or dispositions), as well as from developments beyond the Company’s’ control, including: international, political or military developments; technological developments; and changes in domestic and global economic conditions, competitive conditions and consumer preferences. Such developments may affect assu mptions regarding the operations of the business of the Company including, among other things, demand for products and performance of some or all company businesses either directly or through their impact on those who distribute our products. Additional factors that may affect results are set forth in the Annual Report on Form 10-K of The Walt Disney Company for the year ended September 30, 2006 and in subsequent reports on Form 10-Q under the heading “Item 1A—Risk Factors.” 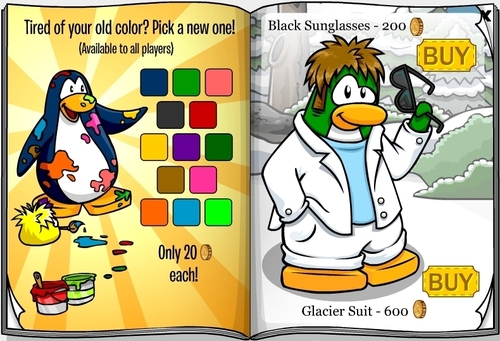 Finally, we have 2013. That year there was an update at the Star Wars Takeover and you could now infiltrate the Death Star. You would earn a few items along the way. 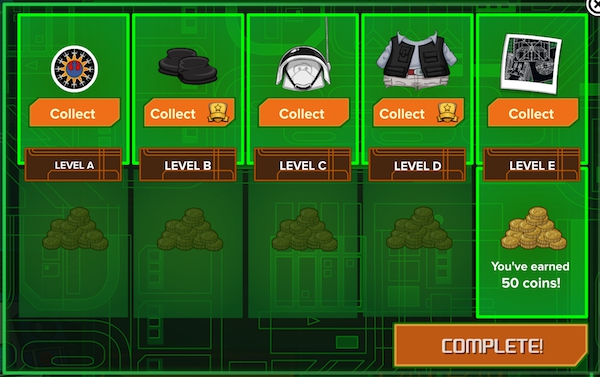