The biggest two updates on this day in 2008 have to do with igloos. First off, the furniture catalogue was updated. It contained medieval themed furniture such as medieval banners, the Royal Throne, and Knight Ice Sculpture. There were a few items for princesses, too. 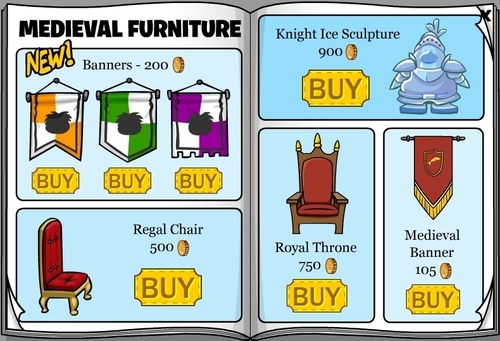 The other igloo related update was the beginning of a medieval igloo decorating contest. Members could decorate their igloo in a medieval way, submit it, and if they won, would earn coins and have it featured in the Club Penguin Times.

The final update in 2008 was a new pin being hidden. The Anvil Pin could be found at the Boiler Room, but you had to use Gary’s Pin Maker 3000 to create it. The Anvil Pin is Club Penguin’s 59th pin and was the fourth pin to be hidden in that room.

Moving ahead five years, the two biggest updates in 2013 were the release of Card-Jitsu Snow and the Card-Jitsu Snow Party beginning. These two updates went hand in hand. Many players were able to help Club Penguin beta test the game and squash bugs, and this marked its in-game release. This was the third and final Card-Jitsu game based on the three elements, fire, water, and snow. The Card-Jitsu Party was held to promote the game. 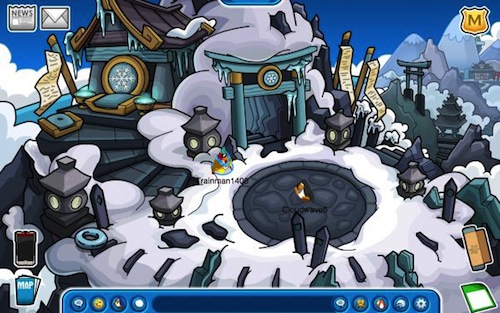 Along with those two ninja updates, all the other updates on this day were ninja related, too. Club Penguin removed the Ninja Hideout, gave the Dojo a new look, updated the martial artworks catalogue, updated the ninja progress and card viewer display, and finally Sensei waddled around during the Card-Jitsu Party with a new background and outfit on his playercard.