On the 8th of April there has been updates in 2011. That year there was a new furniture catalogue, two new pins, and the postcards were updated.

The April 2011 Better Igloos catalogue had a lot of plants and gardening items in it, as that was that month’s main furniture theme. 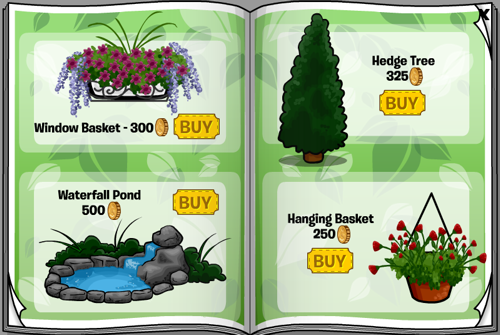