UPDATE: Spike Hike has left a response in the comments. Click here to read it. Feel free to reply to him!

Club Penguin is broken. For the last few years, little by little, the game has been falling apart. Nothing has been done to fix the broken pieces, and I’ve just about had it. The game is too large, too many features. This creates inconsistencies, abandoned features, and bugs – many that aren’t even fixed after years. It’s almost as if Club Penguin is pretending the flaws do not exist. There’s also the terrible chat filter, cheating, security breaches, and private servers. Club Penguin has so many problems now that I get irritated whenever I play the game…so I don’t play it unless I have to log on to blog about an update. It makes me question why I even bothered to renew my membership for another year. Club Penguin is no longer the fun game I grew up playing.

I’m sure part of it has to do with my age, and part of it being the nostalgic effect, as Polo Field calls it. However, it’s definitely not everything. I’m not sitting here longing for the old days, I’m just longing for Club Penguin to step their game up. I don’t expect the game to be bug free, but I expect them to make a bit more of an effort. For example, when Secrets of the Bamboo Forest was at the Stage last month, there was a bug where you could not get the background. They never fixed it. The EPF spy phone no longer shows who sent the message, a bug that’s been around for a few months. While it’s a minor issue, why hasn’t it been fixed? There’s also two bugs that happen semi frequently: a week after a new pin is released and Club Penguin updates, they’ll remove the pin even though it’s supposed to be there for another week. There have been a few cases where they never put it back. Luckily when it happened to the Glitterpants Pin last week they fixed it within a few days, but still. The other bug would be them putting the wrong script at the Stage a week or two after the stage play is released. The stage isn’t being updated, so why did they replace the script? It makes absolutely no sense. When I run into these things on Club Penguin it’s just like “Seriously, again? Come on…” Club Penguin has many bugs. They’ve been having broken images in some Club Penguin Blog posts for a couple years now and they still have that issue. Again, it’s minor, but they’ve had so long to fix it that it makes me question why they can’t take the time to fix these issues. Don’t even get me started on the buddy list bugs.

Now with the abandoned features. Club Penguin removed the Ninja Hideout nearly two years ago – May 23, 2013 to be exact. And yet, when you defeat Sensei in Card-Jitsu and earn your Ninja Mask, he mentions the Ninja Hideout and says to go there. At least once or twice a month I get a comment on my Ninja Hideout page from a confused penguin wondering where the Ninja Hideout is because Sensei mentioned it. I would think that if I get comments from penguins that Club Penguin Support would receive at least a few emails questioning where it is and alerting them about the error. The game’s so big that they forgot about some things, I guess…

Stamps are fun, I enjoy collecting them. However, they’re dead. I’m not asking for new stamps or anything (although it wouldn’t hurt), it’s just half the time Club Penguin doesn’t make the party stamps unlockable anymore, and you can’t even get the Club Penguin Game Day stamps anymore.

There’s also the EPF. I really enjoyed the story lines in the PSA missions. Story lines are something Club Penguin severely lacks nowadays, with anything. Perapin does a good job at explaining how poor the story lines in Club Penguin are. They’re so basic, random, make no sense, and do not add to the fun. With “old CP”, we didn’t need much of a story line, or if there was one, it was simple and fun. Take a look at how Club Penguin led up to the Medieval Party in May 2008. The following images are from Club Penguin Times Issue 134. 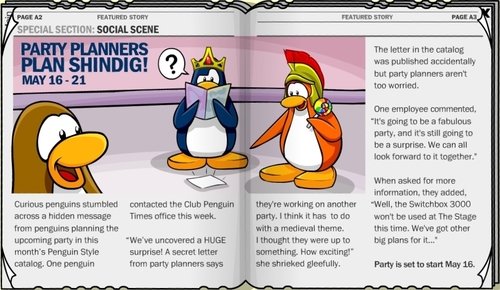 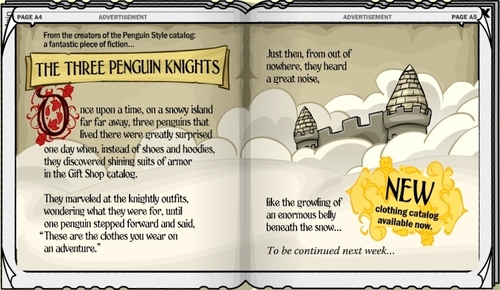 Or for the Water Party in 2007, Club Penguin updated the Cave/Pool so the crab would tap on the glass and cause it to break and flood the underground. As a result, hoses were placed there to suck the water up and splash it around the island. 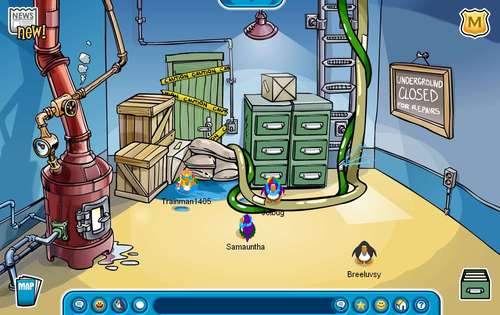 Nowadays, I feel like Club Penguin does not give much of a clear “why”, especially with takeovers. I will admit they did a decent job with the SoundStudio Party announcement… 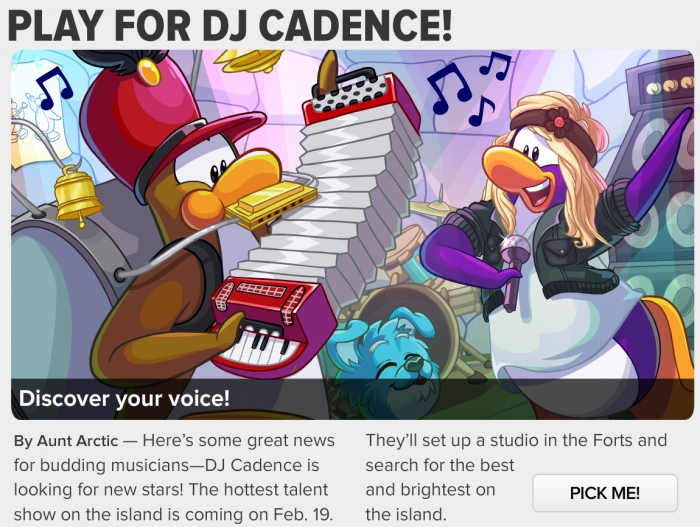 …except they completely forgot about the Penguin Band and gave no explanation whatsoever for their no-show. 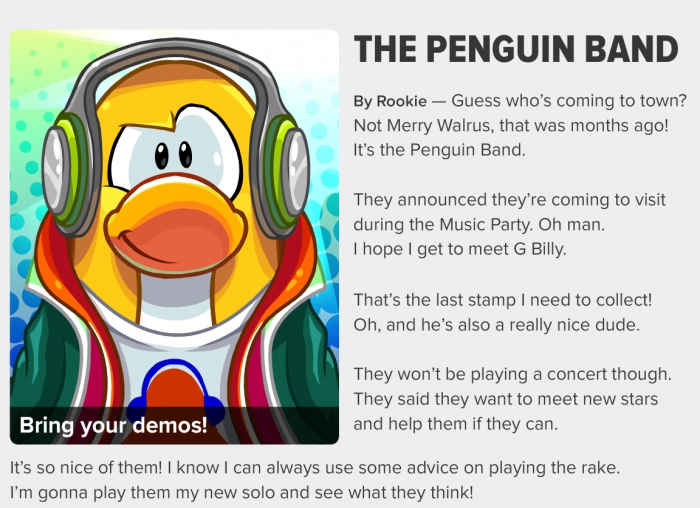 I wouldn’t mind a simple party, but I think a lot of people would find it boring since Club Penguin has upped the ante with parties. They raised the bar so high by going all out in the past that now people are unhappy with Club Penguin shrinking parties in size due to mobile. Belly18’s memoir on the 2009 St. Patrick’s Day Party does a good job at summarising it:

[…] AND I’m just saying now, almost nobody would have this same thrill. This party was pretty simply put together – about 10 rooms decorated, 1 party room, and 2 free items. Nowadays, people would probably be like, “There isn’t anything to do. You just get your two free items and log off. That’s it.” That is true, but it’s just because that’s how we are used to Club Penguin now. Back then, there were no quests. There were no interfaces (besides the occasional scavenger hunt). There were no character greetings when you logged on to a server to explain something – because nothing needed to be explained back then. There were no meetable characters at every party, maybe perhaps 3-4 times a year, but not every party. There wasn’t about 10 items at every party that you had to do stupid things to earn it. There wasn’t 5 or more party rooms at each party. There wasn’t advertising parties – just very creative Club Penguin original ideas. You just had FUN on Club Penguin. No nonsense things to earn your free items or anything else I said. If a party like this came out tomorrow or something, people would say one thing – it’s boring. There’s nothing to do, wa wa wa. Well, really, because I remember playing Club Penguin during the St. Patrick’s Day Party 2009 and thought it was the best party ever. I stayed on Club Penguin for hours on end. I would have been on all day if I could.

The filter is very strict now compared to what it used to be. I’m no Club Penguin moderator who monitors what children say in-game, but in all my years of playing I’ve never seen anything that bad. I’ve seen a few clever terms used to bypass the filter, but unless you’re a teenager, you’re not going to understand it, and even then you might not get it. Younger children make up the majority of Club Penguin’s demographics nowadays, so if they ran into that type of filter bypassing they would think nothing of it.

What I’m trying to say is this: yes, Club Penguin’s had a few minor filter issues in the past, maybe more than I’ve encountered, but it’s a little too tight. And by a little, I mean a lot. All of my tweets, if I were to say them on Club Penguin, would go through just fine without getting me banned. But a lot of them would not show for other players even though they are completely appropriate. I haven’t had a conversation with a friend on Club Penguin in a looooooong time. It’s too limiting. Sometimes I feel that Club Penguin’s filter is like an overprotective parent.

“i have band practice” doesn’t pass the filter.

“lets go to the dock” doesn’t pass the filter

cp's filter is so helpful at keeping kids safe from bad words pic.twitter.com/EiZx7IG8ud

Last July when Club Penguin released SoundStudio I emailed them a list of naughty words you can use as track names and name your puffle with. They’re all still allowed. Good thing none of them are displayed to other players, eh? I have to give Club Penguin some credit, their filter is good at keeping kids safe…just way too safe at times.

That may be the main issues with Club Penguin in-game, but don’t think I’m done yet. They have many issues outside the game, too. Cheating has always been an issue Club Penguin faces since what, 2005 or 2006 with WPE Pro and CP Trainers? I’m sure some of you have heard of Mike92’s trainer or Microchip123’s Penguin Storm trainer.

Back then the most you could do was hack coins or do stuff only you saw, not others. Now people are able to cheat any item they please because of the rise in programming knowledge amongst current and former Club Penguin players. I know, items are just pixels, but it still takes away the fun of the game, especially when you log on Sleet and see 50 fake beta testers crowding a room. Club Penguin patches the vulnerabilities when they can, but only a while after they’re brought public. They need to be a step ahead of the game and identify vulnerabilities before the players do. We also can’t forget the time my penguin was hacked and information stolen right from Club Penguin’s systems, either. God forbid something like that happens again.

My final gripe with Club Penguin is private servers. I’ve written a lot about them before, and Spike Hike even said that Disney regularly goes after CPPS sites. I will be honest: I have never heard of a CPPS taken down by Disney. All the top private servers are still online. The only time I have ever seen a CPPS close is because the people behind it decided to shut it down, or in the case of Oasis, temporarily taken offline for Maintenance. When I took the following screenshot of CPPS.Me’s homepage, over 550 users were online. Some private servers have boasted having more than 5,000 users online at once. That’s a lot. Yup, Club Penguin sure is constantly taking down private servers and they’re doing an even more outstanding job at taking down the biggest offenders! 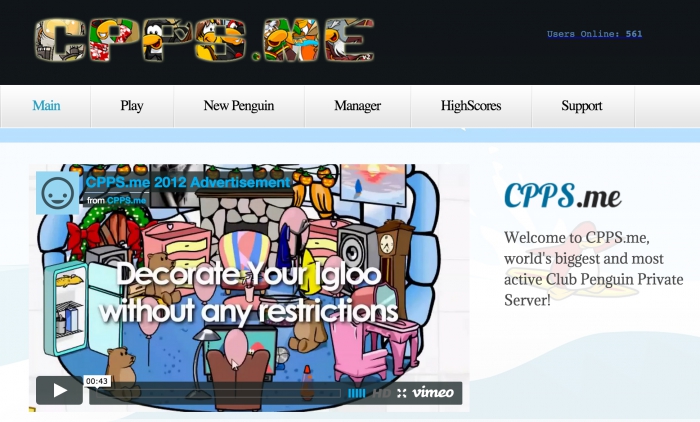 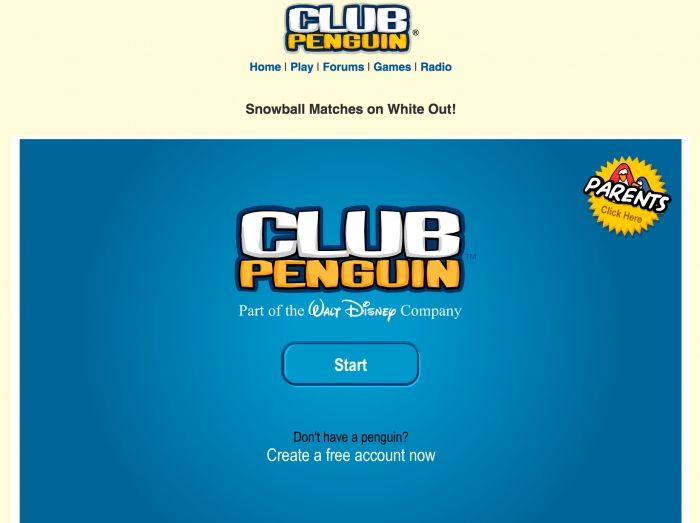 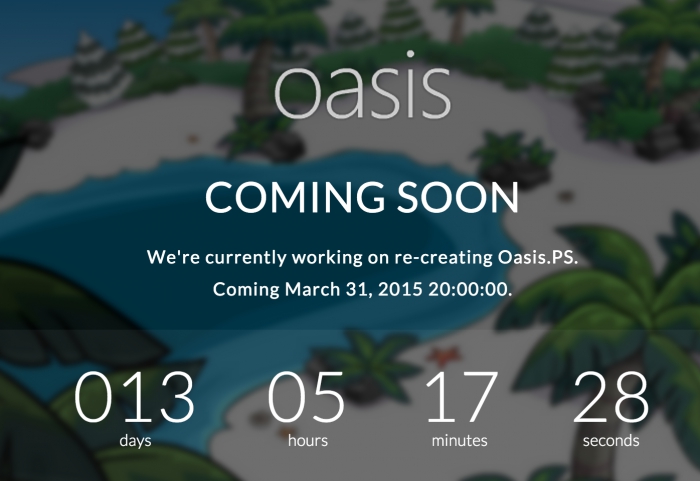 It’s time to get your act together, Club Penguin. Please. Otherwise myself and other players don’t plan to stick around much longer. I’m actually quite surprised I’ve hung around this long, as August will mark nine years since I joined Club Penguin. That’s quite a long time. I still enjoy all the mini-games and missions on Club Penguin when we have them, even if “penguins” is deemed childish for a teenager to play. I still like the game, I just don’t like the current state of how many things are being handled.

That concludes my thoughts on the current downward state of Club Penguin. If you have anything to add, feel free to voice your opinions in the comments.

197 thoughts on “Club Penguin Is Falling Apart, Nothing Is Being Done To Fix It, and I’m Getting Fed Up (Spike Hike Responds)”