Updates on the 21st of December have only occurred on one year so far, the year 2007! There were two updates that year. For starters there was a new pin, the Wreath Pin. It was hidden in the Lodge Attic on the right side of the room next to the rocking horse. The Wreath Pin was the 49th pin on Club Penguin and was the third pin to be hidden in the attic. The other update in 2007 was that year’s Christmas Party. It was the third one. Unlike the past two Christmas parties it had more of a formal design to it. 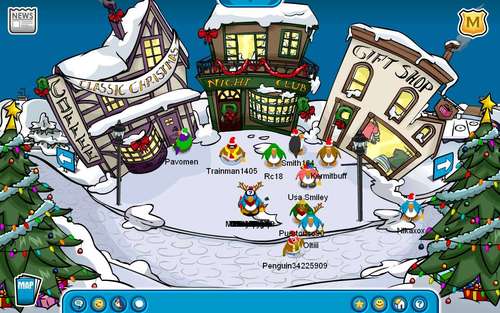