It has been nearly two months since the Club Penguin Team shut down their Twitter accounts in favour tweeting from the official @ClubPenguin Twitter account. Is it possible Polo Field may be returning to his own Twitter account sometime soon? He has not tweeted anything else since closing down the account, however he has retweeted other users, favourited tweets, and also updated his profile. The @polofield Twitter account was completely dead until Sunday, November 28th when he out of the blue retweeted a tweet posted by @RetweetThisCP on November 5th, saying “Retweet this if you wish @polofield and @clubmegg would tweet on their original accounts”. 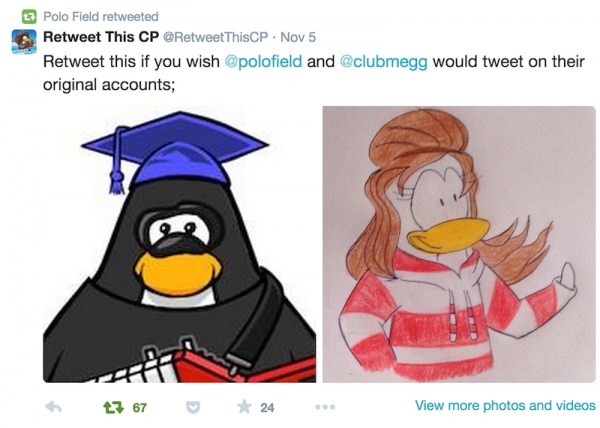 He has since un-retweeted the tweet so it no longer appears on his page, however today he did sign back on and tweet Club Penguin’s tweet about the We Wish You A Merry Walrus holiday special coming to Disney Channel. 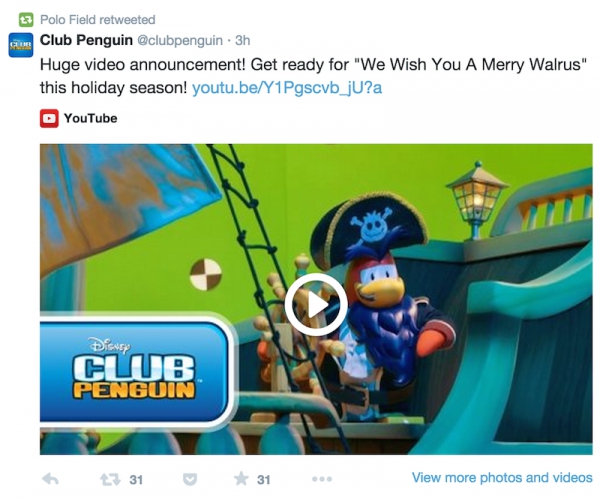 He also updated his profile, Twitter header, bio, and URL. Up until earlier today it looked like this:

His account is still locked on private, but it does now have a bit more design. There’s a We Wish You A Merry Walrus header and icon, he changed his URL from the Club Penguin Blog to clubpenguin.com/merrywalrus (which does take you to a specific post on the blog) And his short bio now simply reads “Waddle on!” rather than the previous “Reach me any time at @clubpenguin or the CP community blog. Waddle on!”

Why the change? There’s three possible reasons I can think of:

Stay tuned, as if any more information about this comes forth I will definitely let you readers know.

Thanks to Pen50gi for alerting me about today’s profile changes on Polo Field’s account.

4 thoughts on “Is Polo Field Returning To Twitter Sometime Soon?”