On this day in 2009 Club Penguin had two updates. They let penguins start voting on what the new in-game penguin colour should be, with the three possible choices being lavender, aqua, and maroon. They also released three postcards to promote voting for the colours. 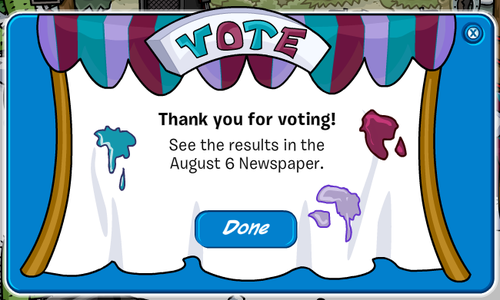 At the Forest there was a voting booth and at the Plaza and Town there were balloons and a sign to inform penguins about it and teleport you to the Forest. The voting began July 24th and ended four days later on the 28th. Aqua won to the disappointment of many, as there is already a similar light blue colour.