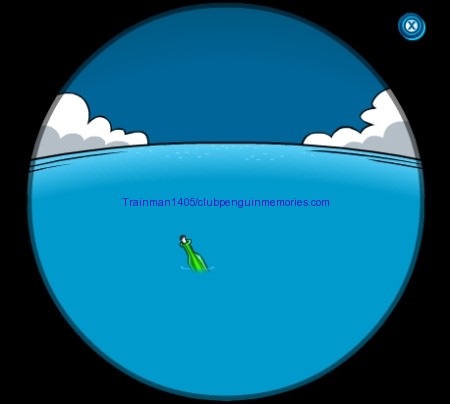 Several days later, on March 1st, it reached land at the Beach. It was a message from Rockhopper and Bambadee explaining the story, which can now be read on the bookshelf at the Book Room. Image from Paintboy100. 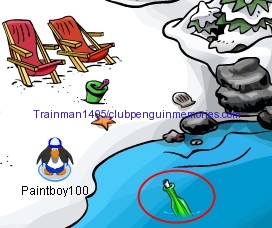 In 2013 there were multiple updates. The first update was EPF construction. In November 2012 during Operation Blackout Herbert destroyed the Everyday Phoning Facility and relief efforts did not begin until this date last year. There was a free Mining Helmet in the Ski Village. 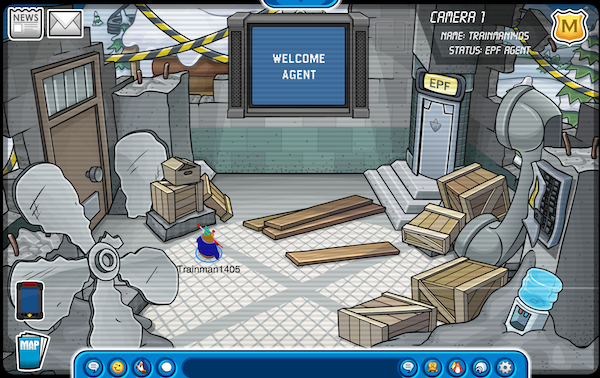 Another update in 2013 was the Red Nose Day event. Red Nose Day was a charity event hosted by the UK team. In the Coffee Shop you could get a free background and Red Nose item. Here is the video the Club Penguin Team made about the event:

Also, Quest for the Golden Puffle was released at the Stage for the seventh time and looked identical to its most recent showing in November 2013.