If you watched this week’s #Waddle on episode then you saw the Future Dome and got curious about that room. Not only that, but it matches the future dome I mentioned in a post in 2012. Not much is known about the Future Dome aside from what it looks like…until now! Spike Hike has left a comment on the post giving us a behind the scenes look of what Club Penguin originally planned to do with the whole future concept. Here’s what he said:

A little backstory on the Future Dome….last year there was a plan to migrate CP to a new technology and we created the concept of the Future Dome as a way to preview all the new things the technology would bring. It would have shown the 3D penguin, the new rooms, and the ability to jump to friend. However, we found out the new tech wasn’t ready and so we decided to prove it out on mobile instead of changing the web.

We also had this cool idea for a commercial that never got made. Kinda of a spoof on Back To The Future. Gary would come back through time in the Time Trekker and jump out and say “Gadzook!! I just got back from the future! You won’t believe what they have there – we’re all in 3D!!” Rockhopper, Aunt Arctic, and Jet Pack Guy would all say “I want to see!” And jump in the Time Trekker. Just as they do Rookie would say “But Mr G, you almost forgot your computer!” And then G would say: “Computer? Where we’re going, we don’t NEED computers.” The Time Trekker would levitate up, the screen would pull back, and you would see that they were all on an iPad. We were going to try to license the Back To The Future music too. But Disney doesn’t own Back To the Future so it was too complicated. It was nonetheless, a cool idea.

So the Future Party never happened but all that stuff has been worked on and is being rolled out. But if people want a Future Party…

That’s really cool! Thanks to Spike Hike for the behind the scenes look. Disney may not own Back to the Future but they do own Phil of the Future! :P 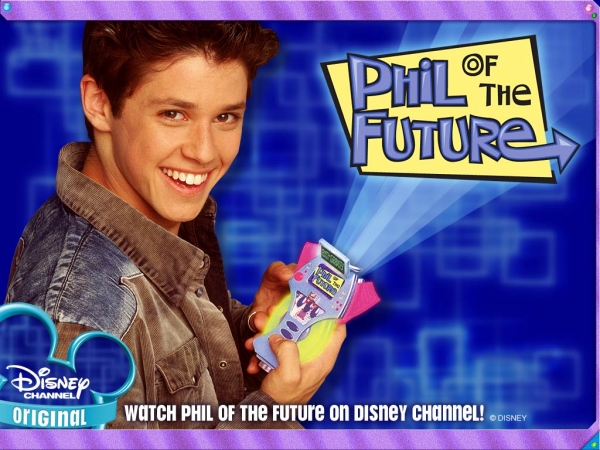 So…do you want a Future Party?