Club Penguin’s 2013 Card-Jitsu Party is now here! You can view my other post for Card-Jitsu Snow game stuff. 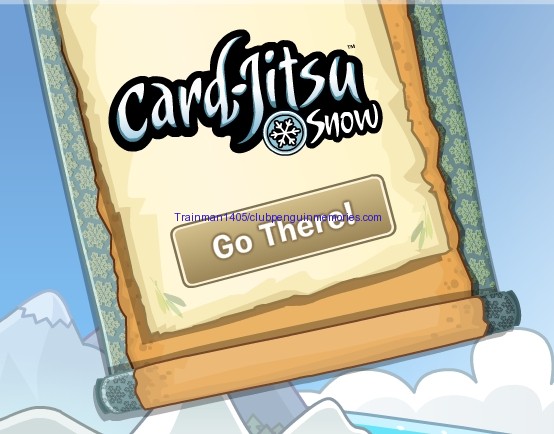 The island has been broken into three different areas – snow, fire, and water. Each element takes up 1/3 of the island. From the Mountain to the Ski Village is the Snow area. 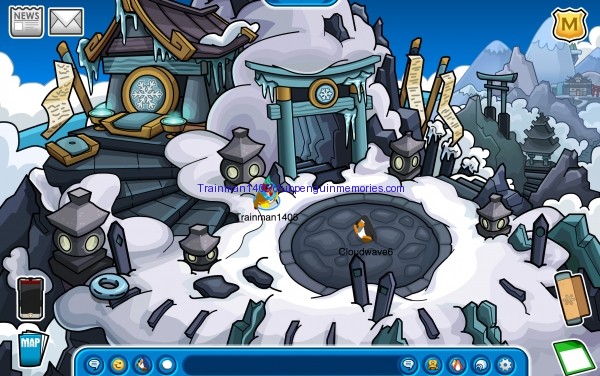 From the Dock to the Snow Forts is the fire area. 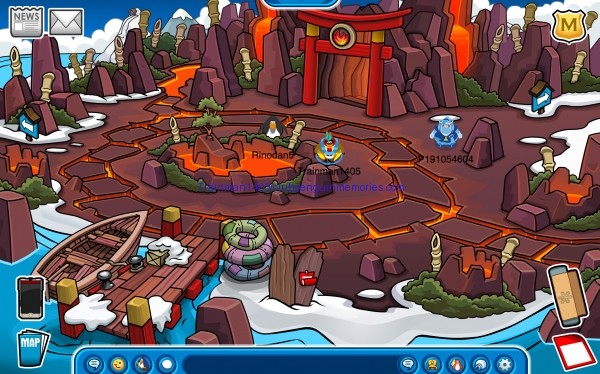 From the Plaza to the Cove is the water area. 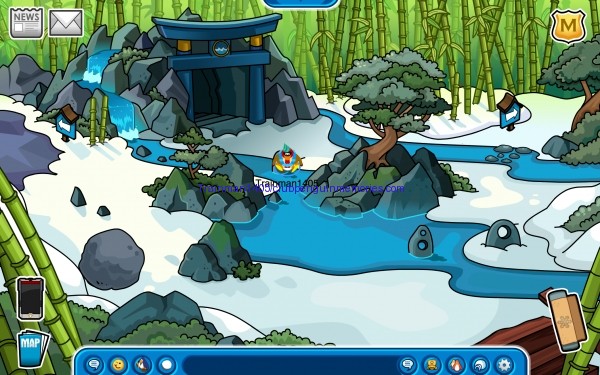 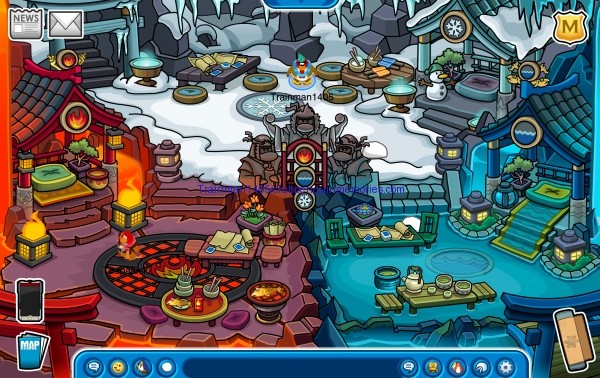 At the Stadium you can play Card-Jitsu as a battle. Gather as a group and waddle onto the element you want to play. Try to beat the other side! 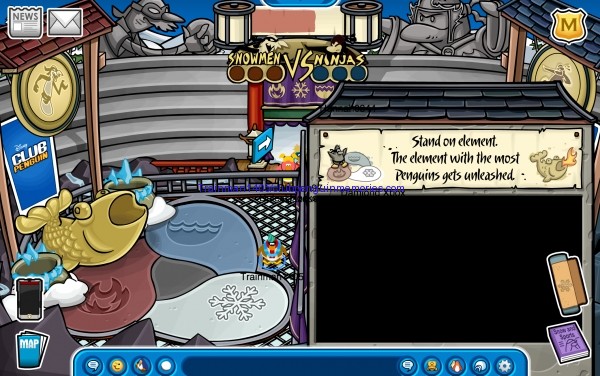 There is no longer a Dojo Hideout. As a result the Martial Artworks catalogue has been moved to the Dojo. You can read more about the catalogue here. 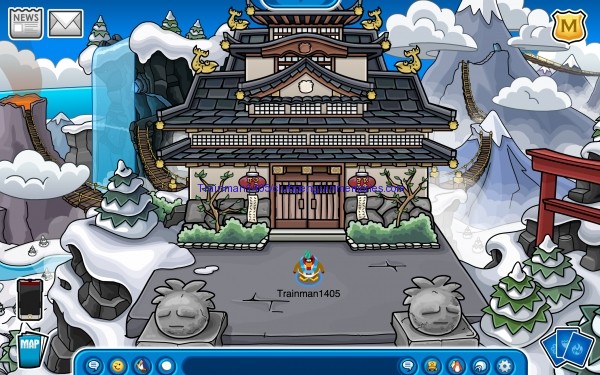 Here is the new Dojo: 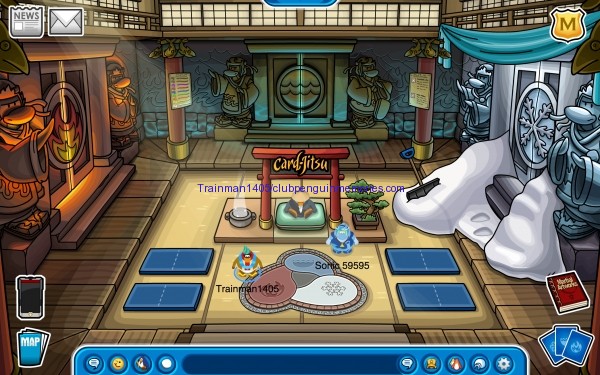 When you login you’ll see a popup. Be sure to get your snow battling gear! There is a headband and armour if you’re a member. 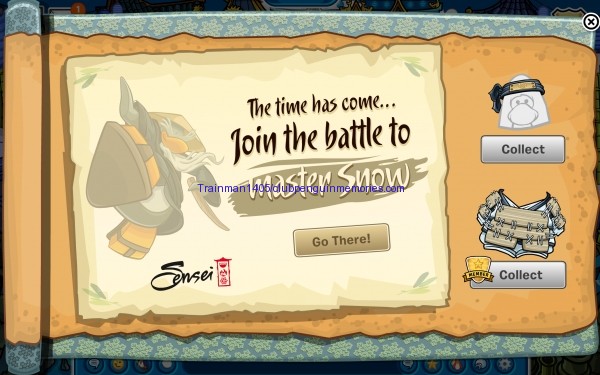 In many of the Club Penguin rooms there’s an icon for the party’s special catalogue with a wide variety of items. For once the party doesn’t require us to do a task to get the free items! 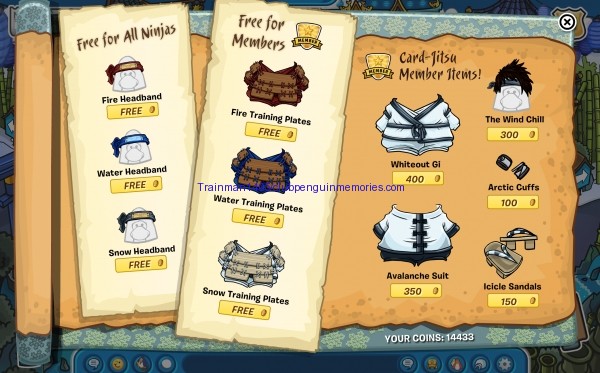 There are three limited edition emotes. A fortune cookie, chopsticks, and a teapot kettle! UPDATE: Press E+C on your keyboard for a hidden cauldron emote. Thanks Jjoeyxx!

Sensei’s playercard has been updated to accompany his recently updated buddy list icon that got changed a few weeks ago. 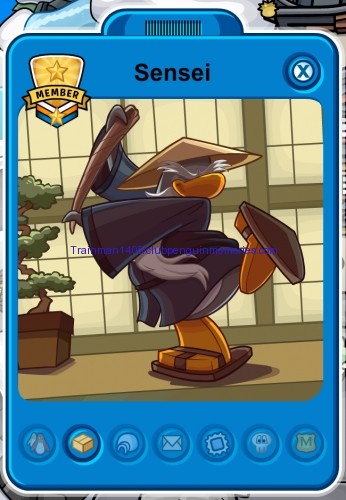 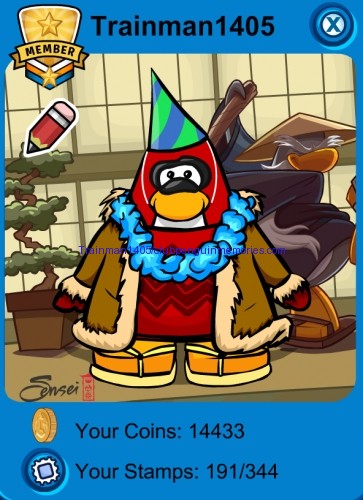 How are you liking the Card-Jitsu Party?